Warlock: Master of the Arcane is a turn based game with some similarities to the popular Civilization series although it takes place in a fantasy setting instead. The game was released in May 2012 by Paradox Interactive. 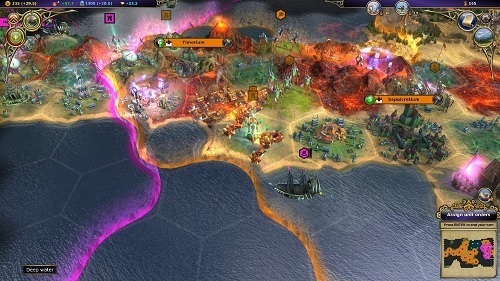 In addition to the core game Warlock: Master of Arcane has released a number of small downloadable content pieces that add new races and units. The game is set in the same universe as the Majesty series of games known as Ardania.

In Warlock: Master of the Arcane players take control of the Great Mage and attempt to create their own powerful empire and then spread it across the game map. In order to do this you will need to research spells, manage your city and engage in large scale battles against your enemies. The game also uses an in depth religion system with 8 different gods for you to gain favour with for rewards and benefits.

Players can play as one of three races (four with the elven DLC) which includes humans, undead and monsters. Each comes with their own approach to the game, playstyle and units. 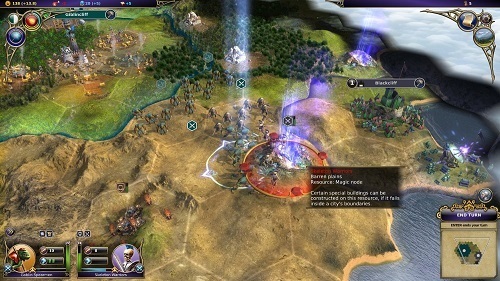 The game world is split up into a hexagonal grid which players of other turn based strategy games will probably instantly recognise. Each grid can then be occupied by buildings and units with battles breaking out if two sets of units try to occupy the same grid. Players are limited to building on grids that are within their area of influence which slowly expands.

One feature that the game pulls from the Majesty series is the ability to destroy spawning points which plays an important role in your overall strategy to stop you from being overrun. Your ultimate goal though is to be the only surviving wizard which can be accomplished in several ways allowing fans of all playstyles to thrive in the game.

Games Finder is a Steam Curator and featured in the aggregate review scores data of MobyGames and Neoseeker.
FEATURED ON
Games Like Civilization, Games Like Europa Universalis, Games Like Heroes of Might and Magic, Games Like Master of Orion
LEAVE A REPLY Cancel Reply

Warlock: Master of the Arcane