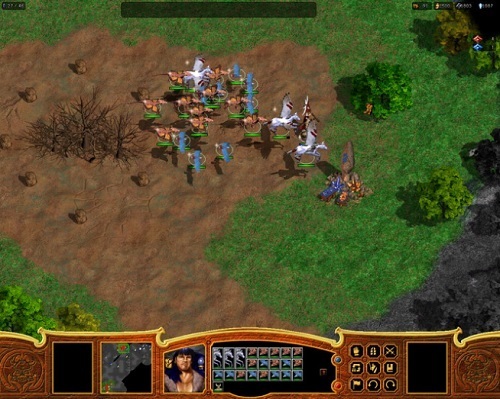 The game is set in Etheria, a dark world of fantasy that is home to a dozen races. Each of these races has their own history, units, structures and available hero units so there is good replay opportunity and strong multiplayer potential as you mix and match strategies to always deliver a different battlefield situation.

During the single player campaign players are challenged to capture every single region of the game world. In total there are 67 regions for players to capture which makes for a very long and enjoyable campaign experience. This progress is completely non-linear with players directing the story and regions that will be the next target.

For players that want a shorter experience the game also has a skirmish mode that will generate randomised maps for you to battle on. With the in game editor you’ll also be able to customise your own maps or play those that have been created by the community. 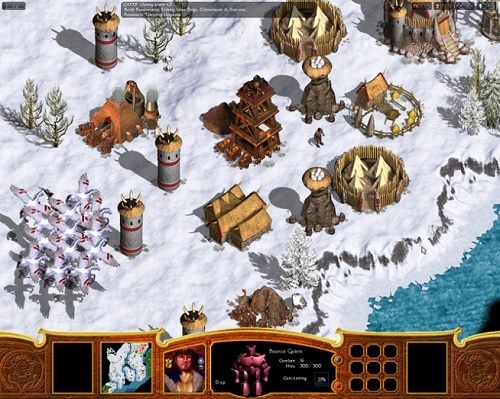 In addition to the standard resource gathering and base building of real time strategy games players will also have a customisable hero unit. This hero unit will be able to accept quests, gaining experience for their completion or directly on the battlefield. Using this experience you’ll be able to level up and improve their statistics to become a more formidable force in battle.

With its mixture of RTS and RPG Warlords Battlecry II brings together two of the most popular game genres and makes them one. It’s got a very lengthy campaign to enjoy and with the huge variety of races, spells and heroes to choose from it’s a game that will give you more than one play through.

Games Finder is a Steam Curator and featured in the aggregate review scores data of MobyGames and Neoseeker.
FEATURED ON
Games Like Warcraft 3
LEAVE A REPLY Cancel Reply