Warriors Orochi 3 (Musou Orochi 2 in Japan) is a hack and slash title for various PlayStation and Xbox consoles, for those unfamiliar with the franchise it is the fourth edition in the crossover series that blends Dynasty Warriors and Samurai Warriors. 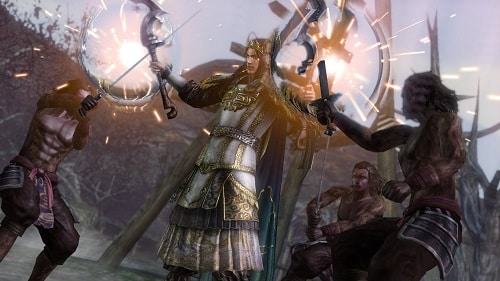 To give context to the endless battles you’ll encounter a very rich and detailed story which is complete with over the top cut scenes. Set only a few years after the events of Warriors Orochi 2 a period of peace has finally been realised with the Three Kingdoms rebuilding their lives.

Any hope of this peace surviving though goes out the windows when a massive serpent beast with eight heads massacres the warriors leaving them in a mess. The only three remaining warriors make their last stand with the assistance of the Moon Princess Kaguya who sends them back in time to save their fellow warriors, which is where your epic adventure to stop to serpent known as Hydra begins.

Gameplay of Warriors Orochi 3 is based on the two games that it blends together with a large host of characters (120+) from each of the respective games. There are a few adjustments that bring both games into alignment which mostly impact the available weapons and fighting styles to make characters from both games comparable. Similarly the stages where battles take place are a blend of both games with a few new stages thrown in for good measure. 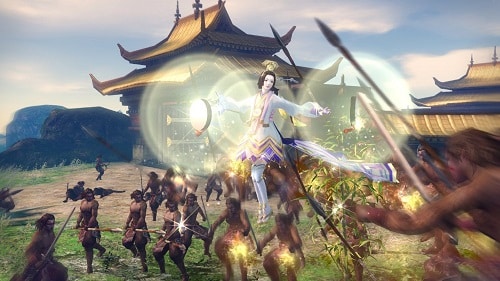 As you would expect from a game that blends two of the most popular hack and slash games Warriors Orochi 3 is a completely over the top experience where you’ll slice through thousands of soldiers in your path and leave a path of death in your wake.

Warriors Orochi 3 achieves what it set out to achieve and beyond making it the perfect experience for fans of Dynasty Warriors and Sumurai Warriors.

Games Finder is a Steam Curator and featured in the aggregate review scores data of MobyGames and Neoseeker.
FEATURED ON
Games Like Dynasty Warriors
LEAVE A REPLY Cancel Reply