Wars and Warriors: Joan of Arc turns to history for inspiration as players take control of Joan of Arc in her attempt to lead the French in the Hundred Years’ War. With elements of real time strategy and sword swinging action the game has a unique premise. 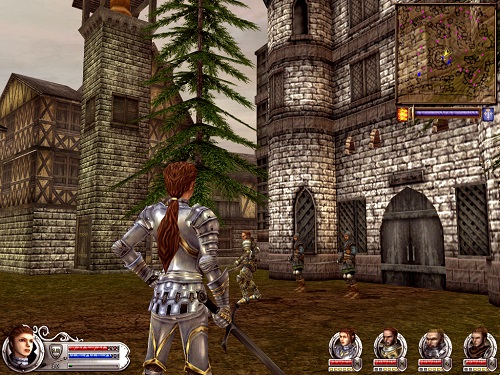 Set in the dark ages of 1337, for those familiar with the time period it is one of constant war where kingdoms were raising and falling constantly as the power of the sword makes other kneel. With English kings making claims on the French throne and the rampant plague the conditions are some of the toughest in history.

Reliving some of the most intense battles in history players will move from battle zone to battle zone in medieval Europe. With thousands of troops on the battlefield players will have to hack and slash many enemies in their attempt to win each given battle scenario. 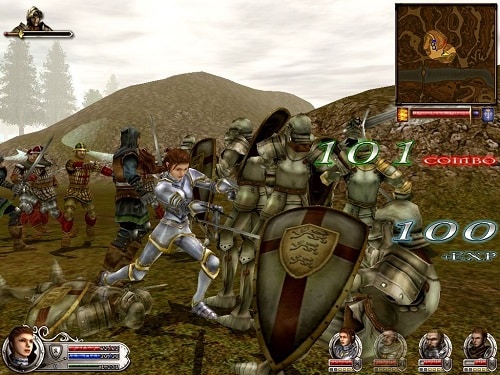 Wars and Warriors: Joan of Arc isn’t just about taking the field though with some basic strategy and RPG elements. On the RPG side you’ll find a progression system that adds to your combos and special attacks as you advance through the story along with an arsenal of weapons that slowly expands. While on the strategy front you’ll get to take control of the French army and use the legions of troops and war machines at your disposal.

The game isn’t without its less desirable elements mostly due to the age of the game compounded by its dated feel even on release. While this does not impact fans of older games Wars and Warriors: Joan of Arc is anything but ideal for those that need a pretty picture in addition to the gameplay on offer.

This review was first published on July 8, 2014. Read our update policy to learn more.

Games Finder is a Steam Curator and featured in the aggregate review scores data of MobyGames and Neoseeker.
FEATURED ON
Games Like Dynasty Warriors, Games Like Mount and Blade
LEAVE A REPLY Cancel Reply

Wars and Warriors: Joan of Arc