Wartune is a free to play game that you can play inside your browser. The game blends traditional RPG elements with a simple and easy to learn turn based combat system. Wartune was released in 2013 and is definitely not shy on game features and since its release has inspired many games like Wartune to be released. 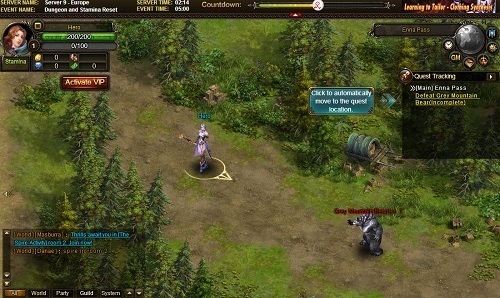 Wartune plays out like most MMORPG experiences and has players questing around the game world and battling all sorts of monstrous creatures on their adventure. Players can also expect to encounter dungeons, crafting, city building, PvP and huge boss battles as they make their way through the Wartune universe.

In the game players can assume the role of one of three basic classes: Archer, Mage and Knight. These classes have skills that you would expect for their archetypes and don’t offer anything too imaginative outside other MMO role playing games.

The real impressive character feature lies within the Astral system which lets players collect stars and combine them together to create thousands of combinations. These stars boost your character in combat in a variety of ways and provide a huge amount of customisation beyond your standard skills and stats. 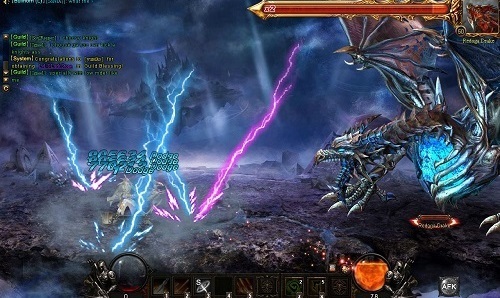 Some players might be turned off by the turn based combat but it is actually very fluent and not too far from other MMOs in terms of design. Wartune does also blend in some quick time events into its combat system which if used correctly and successfully can give you a serious edge in battle and really moves the combat into a more hands-on realm.

Every day that you login to Wartune you are guaranteed to find a new adventure with daily quests to reward active players and thousand player boss battles to participate in for some impressive rewards. The game strikes a great balance between casual and action gameplay that will appeal to a wide gaming audience.

This review was first published on January 10, 2014. Read our update policy to learn more.

Games Finder is a Steam Curator and featured in the aggregate review scores data of MobyGames and Neoseeker.
FEATURED ON
Games Like Adventure Quest, Games Like Crystal Saga, Games Like DragonFable, Games Like League of Angels, Games Like Tibia
2 COMMENTS
LEAVE A REPLY Cancel Reply