Set in a post-apocalyptic universe and aiming to capture the same audience as the original Fallout adventures is Wasteland 2. With a huge amount of potential customisation and enough content to ensure multiple playthroughs can take different paths it is a game that succeeds for the most part. 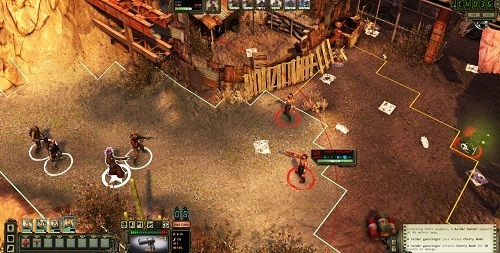 Set 15 years after the original Wasteland the game is set in the same gloomy post nuclear holocaust game world. There are plenty of survivors scattered across this landscape with a mixture of friend, foe and neutral characters to trade, talk and battle against as you solve the main story line and explore hundreds of side missions as well.

This main story line follows the journey of your ranger recruit squad as they try to solve the mysterious murder of Ace while completing his original mission, to investigate the strange radio signal that talks of machine and man joining together.

Wasteland 2 is a heavily based around your party of rangers which are highly customisable right from the start both in terms of stats and appearance. With the range of stats and skills available in the game players have all the choice they need to create characters for their intended playstyle. From melee brawlers to snipers, surgeons and energy weapon experts your team of rangers is truly your own creation.

Exploration takes place in real time allowing you to easily move across the vast landscapes (which is important given the sheer size of the game world). Once combat is initiated though the game changes to a typical tactical interface where you can command your individual rangers, use cover and launch strategic attacks against the variety of enemies you’ll encounter. 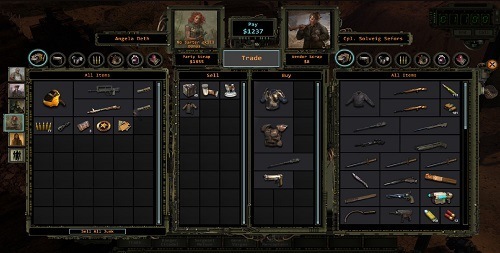 This is unfortunately one of the weaker portions of the game where the strategic depth of your character choice just doesn’t carry over to the combat where you’ll find yourself generally using the exact same strategies regardless of the enemy type.

Despite these minor game design issues the wealth of content spread across the game world ensures that this is still an adventure you’ll want to play and finish, especially those that loved the original Wasteland or the original Fallout experiences.

This review was first published on September 15, 2014. Read our update policy to learn more.

Games Finder is a Steam Curator and featured in the aggregate review scores data of MobyGames and Neoseeker.
FEATURED ON
Games Like Baldur's Gate, Games Like Fallout, Games Like Fire Emblem, Games Like Jade Empire, Games Like XCOM
LEAVE A REPLY Cancel Reply