Participate in the North California gold rush in Westward III: Gold Rush, the third game in a popular franchise of strategy games. Playing as a pioneer that heads west in the hopes of making it rich it’s a fun management meets strategy experience. 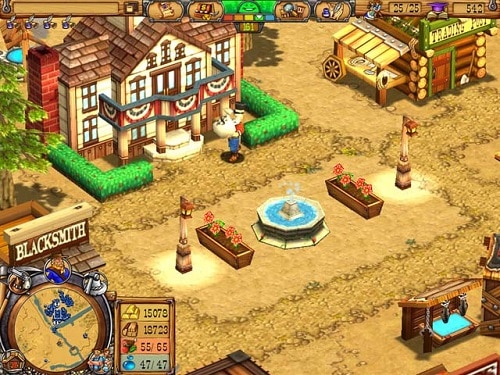 Central to the game is the story of a struggling Baron family who welcomes some of the weary travellers coming to hunt from gold into their home. Behind the scenes players must also look out for Silas McAllister who aims to claim the valuable gold land for themselves and eventually extend their control over the whole of California.

Westward III: Gold Rush is comparable to the past games in the Westward franchise. At the start of the game you’ll choose one of the three travellers who each offer a small free building bonus that will direct how you spend your early game resources.

These resources are split between wood, gold, food and water which are used to create extra buildings, feed your settlers and keep your farms or ranches operating. While collecting or generating such resources is your focus you’ll also gain experience which unlocks better buildings to expand your gold rush city. With expansion though comes threats from bandits which require you to hire lawmen and gunslingers to defend against raids. 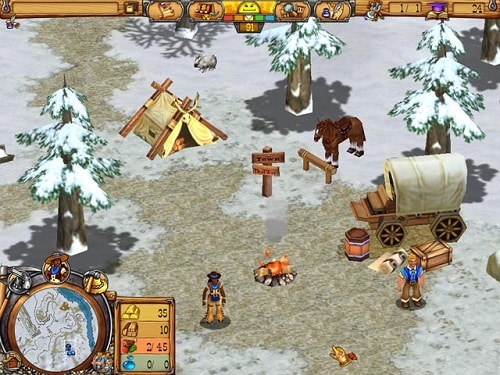 In addition to the campaign adventure players of Westward III: Gold Rush can alternatively opt for the sandbox mode which has three options. This includes an Open Range mode with everything unlocked, Bandit Showdown that has significantly more bandit attacks and Disaster Challenge which throws in fires, earthquakes, tornadoes into the game formula.

While simple in design Westward III: Gold Rush is quite a fun management game and with the sandbox game modes and large list of trophies offers a good amount of content.