Wheelman is an open world driving game at its core with great appeal to fans of the driving aspects in games like Grand Theft Auto. Wheelman was published by Ubisoft and is available on Windows, PlayStation 3 and Xbox 360. 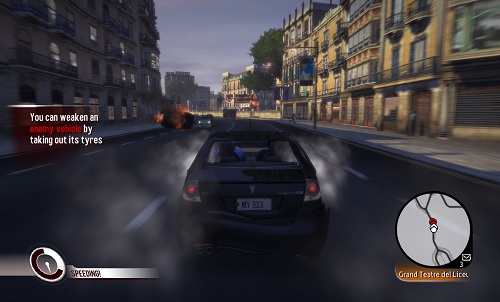 In the game players are an undercover agent that is currently working within in a Barcelona gang. The story follows the adventures of his double life as he attempts to extract information regarding a huge heist that is currently in the works.

Wheelman has plenty of movie style moments and it’s clear that the games story inspiration comes from the Hollywood movie scene. Cutscenes in the game are particular movie-esque giving a distinct feel and vibe. This vibe is enhanced with Vin Diesel representing the main character both visually and with voice acting.

Gameplay revolves mostly around driving missions but there are still plenty of opportunities for players to leave their car and engage in gun fights with a variety of weapons. Players main weapon in the game though is their car which supports a number of special moves to escape capture or help you take out other cars completely. 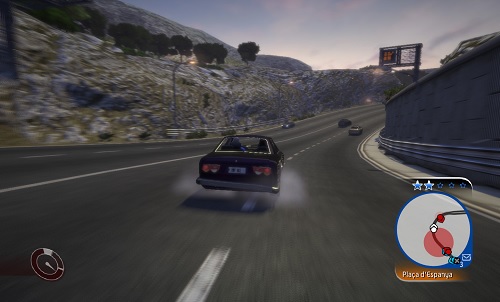 The open world is designed after Barcelona (although not a direct copy of the city) and has players driving through over 30 story based missions. On top of these the game also has over 100 side missions for players to accept. This open world is also highly destructible, it’s easy to spend a few hours alone on just destroying the game world around you.

Wheelman is an enjoyable open world game that has obvious appeal to car fans with its gameplay consisting of car driving for at least three quarters of the game content. With Vin Diesel cast as the main character there is a definite Hollywood race movie vibe which adds a lot to the experience.