Imagine waking up to find yourself on a boat out at sea and subsequently discovering that you’re also dead? This is the scenario that Why Am I Dead At Sea explores with an intriguing murder mystery title that has you solving your own murder. 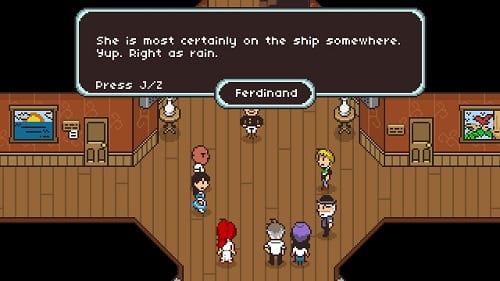 As a ghost players abilities are limited to possessing other people on the boat which allows you to temporarily take control of their body and investigate the boat in more detail. Assisted by Paulo, a young boy who has used his strange psychic powers to bring you back as a ghost in order to prevent horrible events that he has foreseen.

Figuring out who exactly was behind your murder won’t be an easy task and this where the strategy and puzzle elements come into play. Depending on the character you take control of and who you interact with you’ll get unique conversation trees based on their relationship.

By slowly learning more and more about the people available to the player you’ll be able to have greater control over them and unlock the secrets they are trying to hide. The first such character is the upbeat DJ named Alton who has a crush one of the waitresses named Sue which is just the first of many connections you’ll encounter.

Each of these characters has a special skill which can be activated after taking control of their body. This includes the ability to change the game music, read peoples emotions or simple see what they have in their pockets, all of which are helpful in the search for the truth. 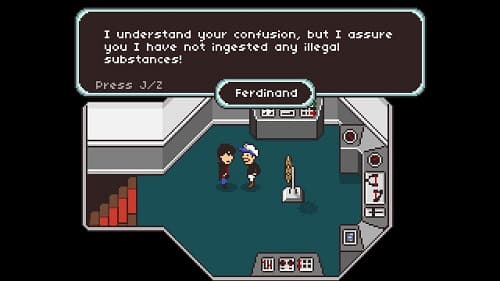 All in all you’ll find 9 fully fleshed out characters that have their own desires, fears, soundtrack and secrets which can be carefully picked apart to reveal more about yourself and the potential actions that led to your demise. This investigation culminates with several possible endings.

Why Am I Dead At Sea is a fun experiment in game design and one well worth trying for fans of story centric titles.

Why Am I Dead At Sea