Wing Commander: Privateer is a space simulation and adventure game that lets you create your own story in this dog eat dog universe. The game is part of the very popular Wing Commander series and forms part of the overall story. The game launched in 1993 with an additional add on (Righteous Fire) in 1994. 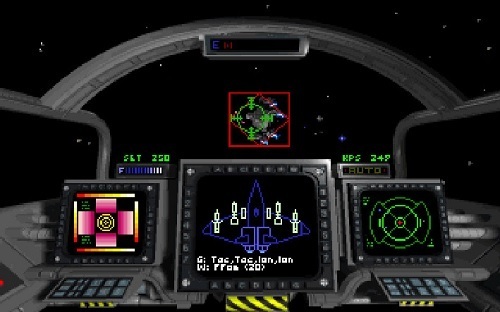 In the game players will be travelling around the game world as Grayson Burrows a mercenary like character that travels around Gemini Sector taking on work. As the player isn’t part of the navy in this Wing Commander game you have much more freedom with options to engage in piracy, trading, fighting and much more.

In terms of plot the game is set after a mysterious drone attacks a ship in the system. In order to destroy this dangerous drone players must resurrect and power an ancient weapon that takes you across the galaxy. Of course players can follow this adventure at their pace as they explore and take on activities as they please.

Gameplay places you right in the cockpit of your own ship for much of the game although you will have to land on planets and interact with the inhabitants from time to time to sell your wares. To explore the universe and jump from system to system you’ll rely on the jump points which easily let you move around this sandbox universe. 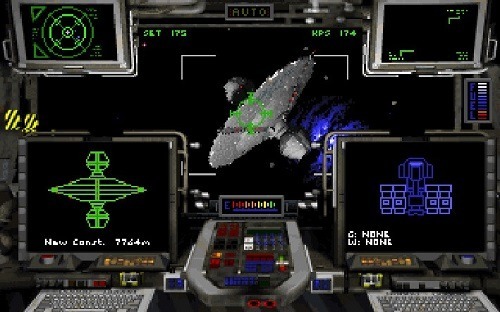 Occupying this universe are seven different factions that will react to players in different ways. While these reactions are set at the start of the game players have the ability to change their relationship with factions based on actions during the course of their adventure.

If you’re interested in a space sandbox that gives you plenty of freedom while offering a huge amount of depth then this spin-off Wing Commander title is your number one option.

Games Finder is a Steam Curator and featured in the aggregate review scores data of MobyGames and Neoseeker.
FEATURED ON
Games Like Elite Dangerous, Games Like Freelancer, Games Like No Man's Sky, Games Like Star Citizen
1 COMMENTS
LEAVE A REPLY Cancel Reply