Winged Sakura: Mindy’s Arc combines defensive strategy gameplay with anime inspired graphics and story to deliver a story based strategic adventure where you’ll be constantly challenged to battle monsters in a strange dimension. With a number of small RPG mechanics layered on top you’ll also have room to customise your particular strengths as you face the increasingly fast and challenging game levels. 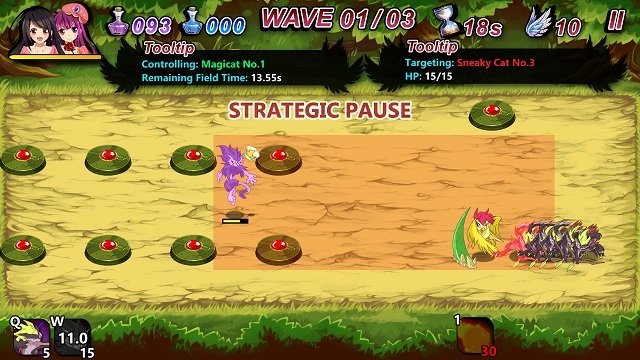 Set in its own special dimension the game explores the story of Mindy Akumori a weak girl inflicted with amnesia without a memory of her past. Trapped within a building filled with Sakura Platforms that allow teleportation within this dimension to different entrances. Your adventure primarily explores the journey of Mindy as she struggles to regain her memories and return to her original world. Joining players on this adventure is the powerful Minzy who is linked to Mindy by a cherry blossom contract that grants Mindy new powers although has tied her fate to Minzy where if either dies both characters will die.

With this story framework in place gameplay in Winged Sakura: Mindy’s Arc involves enemies approaching from the right of screen and attempting to reach the left down one of the 5 map lanes. For each enemy that successfully makes it across the screen you’ll lose one of your available lives which if brought down to 0 will result in a game over which has similarities to other tower defence titles. 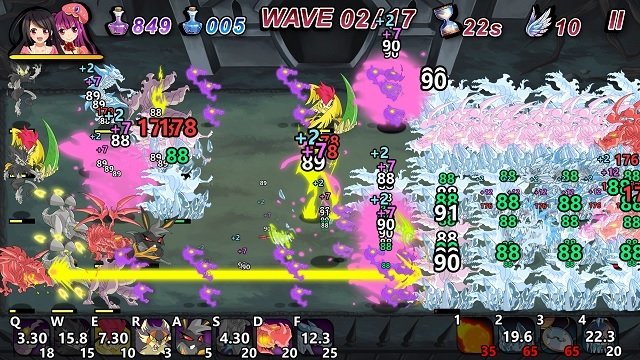 In order to defend yourself players will be able to access a range of allies that can be summoned with spiritual energy (SE) that regenerates slowly over time or accumulated when you dispatch an enemy monster. Unlike other tower defence games though the creatures that you summon can only take the field for a limited amount of time and if touched by an enemy will disappear entirely. This creates a much more intense experience that requires players to carefully consider their options by using the strategic pause option (spacebar) and quick thinking in general.

To add even more action to the core gameplay players will unlock their own special spells, have to take into account enemy elemental weaknesses and even adjust the targeting of your allies such as telling them to avoid a powerful shield enemy in the front of a group to target the squishy enemies at the back. These spells use an alternative blue energy system which similarly needs to be balanced that means a blended strategy of summoning and spells will often prove successful in Winged Sakura: Mindy’s Arc. 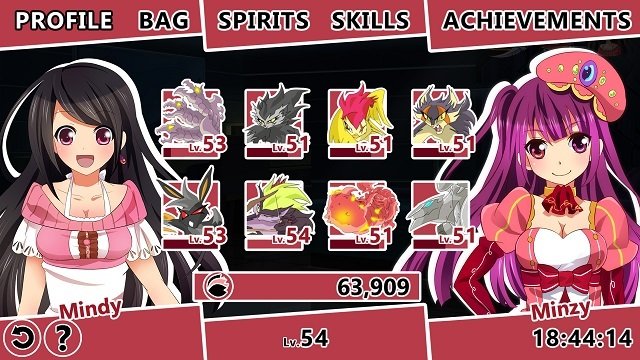 The depth in Winged Sakura: Mindy’s Arc continues even further with enchant-able gear, an expandable shop, a skill tree that offers you plenty of choice and leader boards to compete against other players. Combined this results in a steady sense of progression as you go from your first level of using cats to fight of fury demons to the later game stages that mix and match enemy types which also feature some of your own available units.

As a result Winged Sakura: Mindy’s Arc is intended for strategy fans that prefer something strategic with a little more action than most. With so much depth of progression to the game and some interesting mechanics that evolve with time it’s a fresh experience throughout.