If you prefer your platform games to offer plenty of challenge then Wings of Vi is the heaven based 2D game for you. As you save the world from demon lord Jeh’Oul you’ll have to master many combat and jumping techniques that will see you through this adventure. 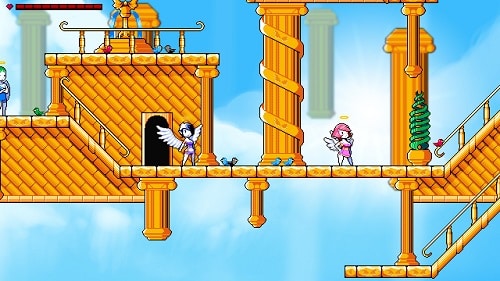 Primarily a platform game in Wings of Vi lets you take control of an angel named Vi as you battle various demon themed enemies that have been released after the escape of Jeh’Oul, a powerful demon lord that was imprisoned. This journey is split over 7 different game levels which each have their own boss encounter. While these bosses are quite difficult reaching them is where the majority of the challenge lies with very treacherous environments to navigate which is then combined with fast moving enemies.

In traditional exploration game fashion Wings of Vi hides plenty of secrets behind precision jumps and secret areas. While the majority of these visual unlockables for new outfits and effects a handful of them also include new weapons which makes them all worth seeking out along the way. 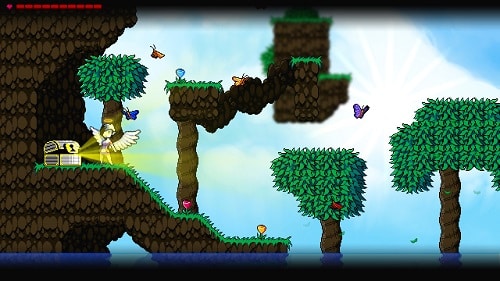 While Wings of Vi can prove quite difficult those that would rather have a more relaxing experience can tone the difficulty down to the Angel mode which introduces more checkpoints, weaker enemies and some jumps will be assisted with extra platforms. Alternatively players can crank it up to Demon mode which has the opposite effect and ideal for platform veterans that don’t want to miss a challenge.

Whichever difficulty for Wings of Vi you choose you’ll be treated to a crisp experience both in terms of gameplay, visuals and general design.