The Witcher is a role playing game set in a dark fantasy world that kicked off a highly popular fantasy role playing franchise. Based on the book series of Polish author Anrzej Sapkowski and features a world filled with grey moral choices centred around the trials faced by the Witchers. Playing as one of these Witchers players will be challenged in the decisions they make throughout the story which all have long term consequences on the game world and your own adventure. 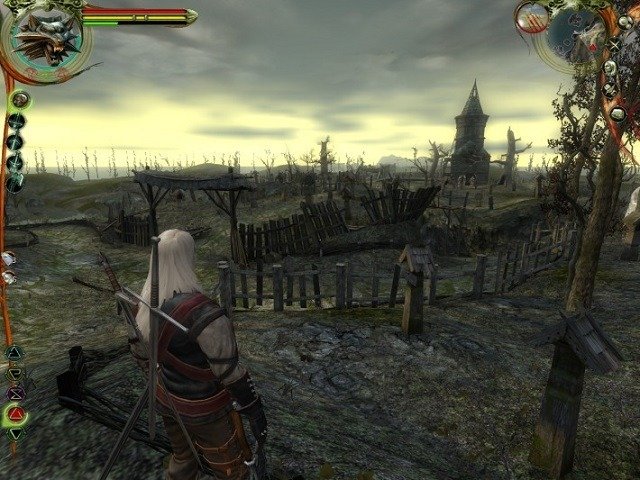 Playing as Geralt of Rivia who belongs to the dying breed of Witchers that possess special powers due to the intense rituals they survive in order to become indoctrinated to the Witcher order. Marred in mystery these Witchers are feared and occasionally looked down upon by others although are equally sought after their ability to hunt down evil and dark monsters as mercenaries. Set in the same continent as The Witcher 2 and later The Witcher 3 players wander the game world as Geralt accompanied by various allies who would go on to be staple characters of the franchise on a journey to regain his memories.

Throughout this story players will have a large number of story impacting decisions to make which influence the world with many of them requiring you to utilise your Witcher abilities of investigation and generally combat when required. A key foundation of this combat is player choice over both the camera perspective and your fighting style that results in a mix which you find most palatable. 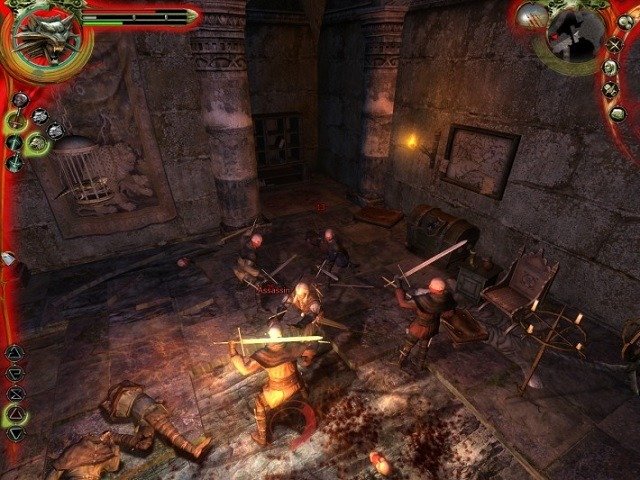 Fighting styles balance speed, area of attack and damage with a fast, strong and group focused options to pick from although this is not a permanent choice and players can swap between them as necessary. Regardless of your selection combat is centred around timing your attacks, evades and chaining attacks with your silver and steel swords.

A Witcher’s talents go beyond skill with a sword though and they are also master alchemists that are capable of creating a range of potions, oils and bombs to utilise in combat. Potions are used directly by Geralt and grant useful buffs although each has a level of toxicity that limits the number you can consume. Potions are extremely varied in The Witcher with options for night vision, combat efficiency, resistance to particular damage, restore health, grant crowd control immunity and much more. On the other hand oils are applied directly to your blades which when applied can multiple your damage against particular enemy types which rewards a prepared Witcher in combat. 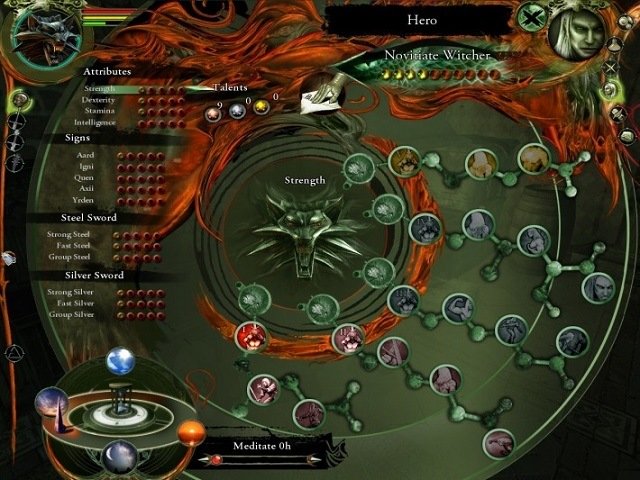 Unlocking these recipes, experimenting with their effectiveness and acquiring all the necessary resources to craft them from plants and monsters is a mini game in itself and one Witchers playing on the hardest difficulty setting won’t be able to forego. Those on the lower difficulty settings though can generally engage with these additional mechanics as they see fit with Geralt sufficiently equipped for the story based content provided you are making suitable equipment and skill upgrades throughout the story.

With the wealth of mechanics available The Witcher is a captivating adventure for the RPG fan as you craft your own Witcher strengths from the vast number of opportunities. The moral choices built into the main and side quests though are likely what will hook you in though, with The Witcher doing a wonderful job at presenting scenarios that are neither clearly good or bad. Combined with the fact that the consequences of your actions are often not seen until dozens of hours later you’ll have plenty of “I can’t believe I did that” moments.

This review was first published on September 23, 2013. Read our update policy to learn more.