Wizard101 is a popular role playing adventure of magic that is designed with younger gamers in mind from the setting to accessible turn based combat system. Released in 2008 the huge success of Wizard101 resulted in the development of a mechanically similar game that explored a pirate theme in Pirate101. 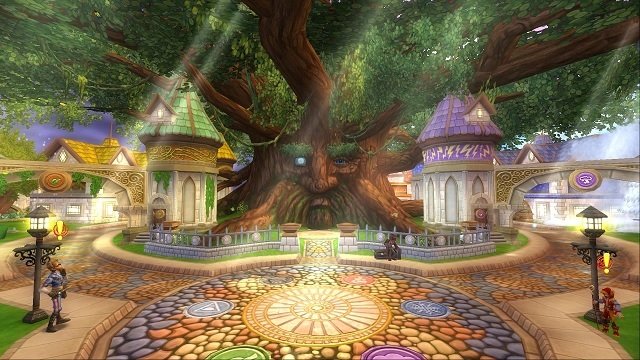 Wizard101 takes place and the sister game of Pirate101 are both set in the world of Spiral which is under an increasing threat of darkness which calls on players to battle evil and secure the future of this magical realm. Split into a diverse roster of locations players can explore the full breadth of the virtual world with each area having its own theme and part to play in the overall storyline. From the core Wizard City that has a thriving Shopping District, Olde Town, Firecat Alley, Cyclops Lane and everything in between to the unique locations of Azteca, Polaris, Mirage and MooShu that draw inspiration from the historical and present real world.

Starting your adventure in Wizard101 starts within the Ravenwood School of Magical Arts where the headmaster Merle Ambrose guides you through the creation of your apprentice wizard. Players in Wizard101 can choose to belong to one of seven different primary magical schools that each have their own approach to using magic in battle and acts as a permanent decision although your account can support multiple wizard characters if desired. These schools include fire, storm, ice, life, myth, death and balance with the latter option providing a balance of all schools for the indecisive player that would rather be a wizard of all trades compared to a master of one. Later in your adventure players can also add an astral school of sun, moon or star to their high level wizard to add an additional strategic layer. 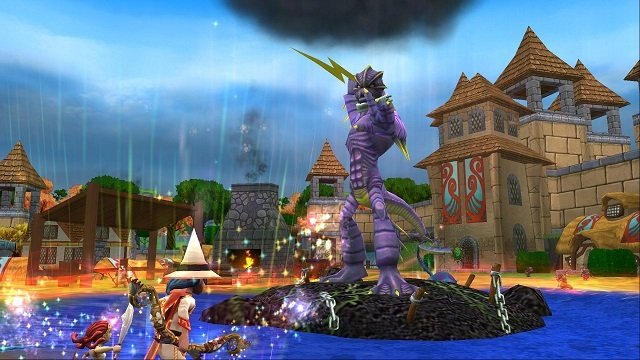 Each of these elements has a theme one would expect to see in a role playing based game and players can also undertaken a quiz from the Book of Secrets to help make their decision. Fire features high damage with a specialty for damage overtime, storm have the highest damage spells of the Spiral but have a high failure rate, ice prefer to play defensive, life is focused on healing spells, myth utilises a mixture of minions and stuns and death drains enemies to heal the caster. With your school selected players will be able to apply visual customisations, gender choice and name their wizard before they are let free on the open world of Wizard101.

Once players have chosen their school and created their wizard the game follows a fairly standard MMORPG progression system with players accepting quests, advancing the story to unlock new worlds, gaining new equipment, learning new spells, decorating their house, fishing and most importantly collecting gold to purchase powerful equipment, potions and other items. Your actions are primarily dictated by your character statistics of health, mana and energy with the first two having a combat focus. 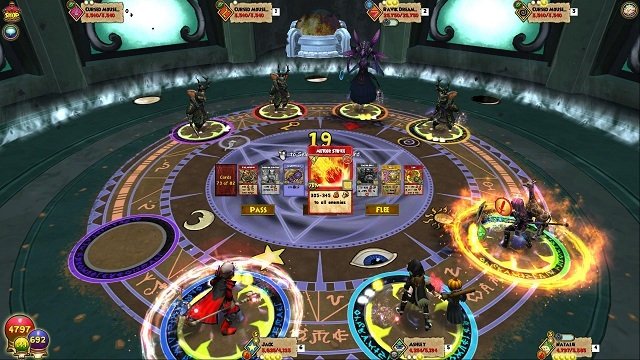 This combat system of Wizard101 is definitely the star of the show with a turn based system that makes it accessible and fair to players of all ages but still manages to offer a huge amount of depth that develops over time. Central to this combat is players selecting cards from their card deck in order to eventually bring their enemies health down to zero before your own health reaches zero. Cards come in all shapes and sizes and include damage, healing, buff and debuff cards which require mana to cast with the high power spells having an increased fizzle (failure) chance.  Combat isn’t limited to PvE either with plenty of PvP options including ranked and tournaments which often offer the best rewards for the capable wizard.

Most of your combat encounters will be driven by the quest system of the Wizard101 MMO and also encourages players to adventure across the Spiral. Generally these will also centre dungeons or gauntlets that offer a mixture of solo and party content with boss battles and puzzles within.