Wolfenstein: The New Order revives the franchise four years after the last game with an impressive offering. With solid first person shooter gameplay, a well written storyline and some strong visuals the game is definitely one that FPS fans need to be playing in 2014. 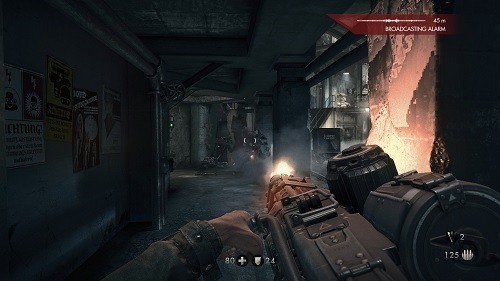 Set in an alternate timeline where the Nazis won World War II players will step into the shoes of William Blazkowicz and the role that he plays in stopping the Nazi’s rule over the world once and for all. It’s definitely an enjoyable story that spans more than 10 hours, making it one of the longer first person shooter adventures released in recent years.

Not only will players be battling Nazi forces they will also have to contend with advanced technology from mechanical dogs to automatic machine guns and powerful war machines. This mixture of 1940’s weapons and advanced machinery makes for a very interesting setting that is enjoyable from start to end.

Mechanics wise you’ll find that The New Order uses a combination of regenerative health and a health bar. Provided players don’t fall below certain levels of health they’ll be able to regenerate missing health while falling below certain levels will require health packs to recover. This combination makes for a great flow to gameplay and really begs the question why more games aren’t using this approach as it feels much more natural compared to the purely regenerative systems that are becoming increasingly popular.

In the weapon department players will find all the tools they need to get the job done and save the world. The New Order does a great job in particular of supporting different playstyles in between objectives from the silent killer that throws their trusty knife to the dual wielding soldier who charges forward into large group of enemies. 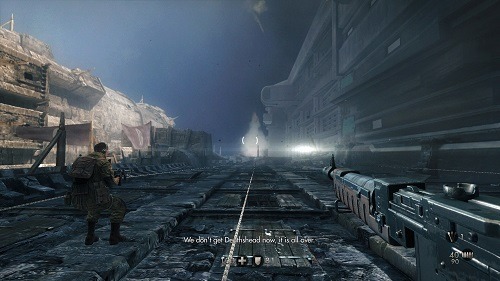 This choice is supported further through the perk system that lets you gain proficiencies in certain areas as you use them more. It’s a system that is well thought out and adds that little extra touch to gameplay that most straight FPS games lack during the campaign experience.

Wolfenstein: The New Order is a great first person adventure that ticks all the right boxes for a modern day shooter. With an impressive amount of content to enjoy and a story worth playing through it’s a great shooter to add to your own collection.

Games Finder is a Steam Curator and featured in the aggregate review scores data of MobyGames and Neoseeker.
FEATURED ON
Games Like Call of Duty, Games Like Doom, Games Like Half Life, Games Like Halo
LEAVE A REPLY Cancel Reply