Wolfenstein: The Old Blood continues the modern day Wolfenstein story with a stand alone prequel to The New Order. Set in the same alternative 1946 history as the other titles players will once again fight against the Nazi powers on Windows, Xbox One and PlayStation 4. 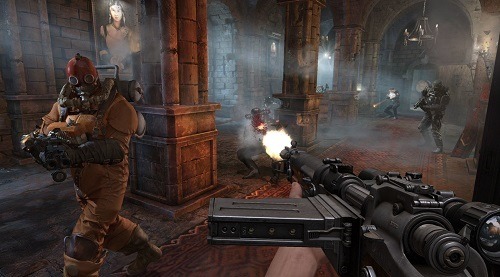 Taking place right before the story of Wolfenstein: The New Order players will join the story in an infiltration attempt on Castle Wolfenstein itself to obtain some secret documents from within. After the attempt is botched and failed players escape and connect with a resistance movement in the nearby town. This story takes place over two dark chapters with plenty of deadly weapons and unique enemies in between.

Mechanically the experience is in line with other Wolfenstein titles with a story centric adventure that has players navigating levels and dispatching the enemies within. The regenerative health system also returns where players can regenerate portions of their health provided the entire section of the health bar isn’t lost completely.

Weapon variety is also comparable although the new steel pipes let players climb to new heights or beat the Nazi soldiers in brutal dual wielding melee. This can be particularly deadly when combined with enemy ambushes which combined with the cover system are your two strongest counters to the seemingly endless Nazi soldiers and mechanical creations. 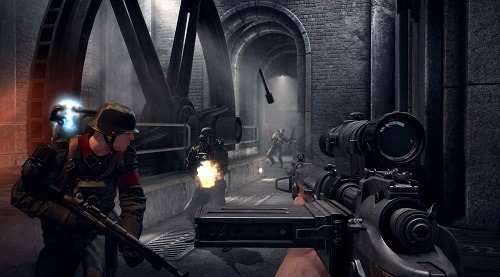 Perks and collectables also return to encourage players to mix up their combat approach in order to unlock bonuses to health, armour, ammunition and abilities. While collectables range from additional story pieces to concept art and models for the keen explorer.

If Wolfenstein: The New Order left you wanting some more Nazi themed gameplay you’ll be satisfied with the handful of improvements and extra story delivered by The New Blood.

Games Finder is a Steam Curator and featured in the aggregate review scores data of MobyGames and Neoseeker.
FEATURED ON
Games Like Call of Duty, Games Like Doom, Games Like Half Life, Games Like Halo
LEAVE A REPLY Cancel Reply