WolfQuest is a video game available for Windows and Mac that simulates wolf ecology. In the game you’ll get to experience life as a wolf living in Yellowstone National Park in both single player and multiplayer game modes.

Note that the most recent version of WolfQuest is no longer free to play. However, the old version (2.5.1) is available for free here with restrictions around multiplayer, regardless it is still a great alternative for those who can’t buy the full WolfQuest version. 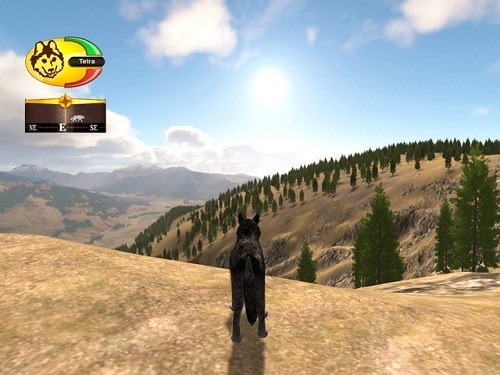 Starting from a demo released in 2007 the game is split into a series of episodes that explore the lifestyle and struggles that a wolf has to deal with for survival. While the game can be played alone players are encouraged to team up into maximum groups of 5 and tackle the adventure together. Outside of the game you’ll find a very active wolf focused community discussing the game, optimal strategies and even furthering the education experience with facts and talks from wolf experts.

In the first episode of the WolfQuest experience players will focus on exploring the landscape and hunting elk in order to survive. You’ll be introduced to all the mechanics available to you and how to control your wolf as you take them from one side of the game world to the other. Eventually players will attempt to integrate with other wolves and find a mate to conclude the episode.

The second WolfQuest episode continues the adventure as players must now claim out their own piece of territory in order to make a den and raise their pups. An important part of caring for your newborn pups is being able to defend them from a wide range of predators such as coyotes and bears that will attempt to harm them. 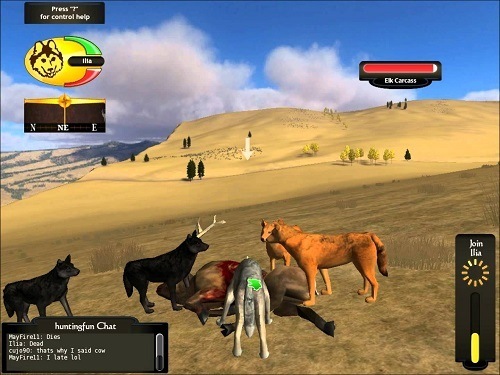 The multiplayer environment for the game uses the same episodes for the most part although the ability to have a mate is removed making the game more about survival and communicating with your fellow wolf pack. This mode also houses your player account which has a host of achievements and friend lists for you to stay in touch with other players.

Both of the episodes are extremely realistic and provide a good representation of what being a wolf is really like. This makes the game extremely immersive and fun but also educational.

Games Finder is a Steam Curator and featured in the aggregate review scores data of MobyGames and Neoseeker.
FEATURED ON
Games Like Animal Jam, Games Like FeralHeart, Games Like Howrse, Games Like Star Stable
4 COMMENTS
LEAVE A REPLY Cancel Reply