Adding to the growing list of mobile titles published by upjers Wonderland takes players on a unique journey to find their little sibling who has been dragged through a magical portal by shadowy creatures. The familiar elements of an Upjers title are there from the colourful design to the friendly game mechanics. Unlike the other titles in their collection though Wonderland is wholly designed for mobile rather than being a port of their web based experiences. 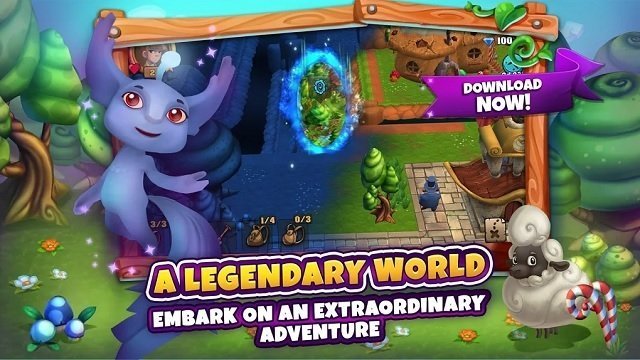 The result is a mobile adventure that gives you plenty of tasks along the way, this includes a village full of quest givers that have their own quirky styles, a large fantasy style game world and your own personal cottage complete with animals and puzzles that hide behind each step of your adventure. The inspiration from titles such as Animal Crossing are clear but Wonderland is by no means just a copy cat title in a mobile shell.

Wonderland opens with players in the creepy attic with a brother and sister exploring the dark area. Players are invited to play as either the younger brother or the older sister before discovering a magic piece of bright sunstone hidden away in a cardboard box. Subsequent to this discovery a portal to Wonderland opens up with your sibling being snatched by a tentacle creature (known as the shadows) into the depths of Wonderland.

Your first steps through the portal see you greeted by the mayor of a village who is mystified and thankful that you have brought a powerful sunstone to save the village. By activating this village on a nearby homestead players are granted their own little plot of game world that serves as the base for their future operations. 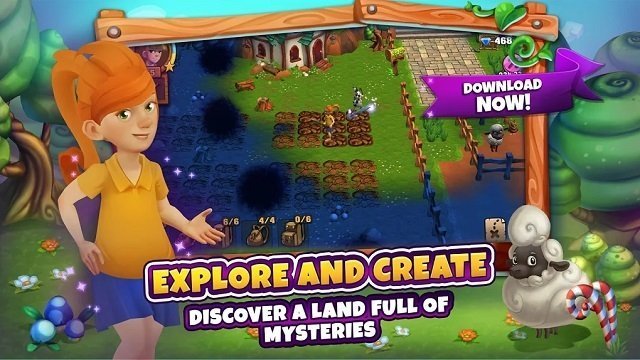 One of the primary activities that you’ll engage with is farming your plots of land which can produce crops to be used as energy providing items or further processed into useful items. Other activities include fishing, harvesting resources and taking care of animals amongst others. All of this is not offered to players from the start though with players having to purchase fishing pools, a sickle and other crafting materials (or obtain them from the environment) to progress.

Basic puzzles hinder players progression further be it finding another sunstone to unlock an extra area of the map or obtaining sufficient resources to fix a broken path or a particularly tool to remove an obstacle. This design generally makes it clear to players where the next objective lies and ensures you always have a task at hand to stay entertained and engaged with what Wonderland has to offer.

With that said though exploration is within your own hands despite the underlying story as all areas need to be unlocked eventually so sometimes it can be fruitful to go off the beaten path a little for additional resources. The result is an interesting mix of sandbox and puzzle with adventure at the roots of gameplay which rewards curious gamers that explore all that the strange environment hides. 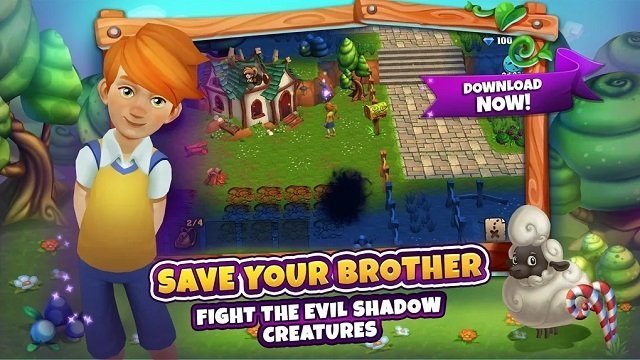 Unfortunately though it will take some effort on your part to fully appreciate this world as minimal explanation of key mechanics is offered at the start of your Wonderland adventure instead relying more so on trial and error. This trial and error is no more painful when you’ve spent your hard earned sunstones to unlock a shadow area that offers very little new in terms of content.

Upjers titles have continuously been improving on the mobile platform as they make the transition from their more web based portfolio. Wonderland is the pinnacle of this movement and worth investigating for a playthrough if the genre has merit to you.

This review was first published on March 7, 2018. Read our update policy to learn more.