World in Conflict is a tactical strategy game that puts you in control of the Soviet Union in a military focused experience which focuses on controlling large mixes of vehicles alongside traditional infantry platoons. The game was launched in 2007 with an ex weapons which were combined together in a Complete Edition release. 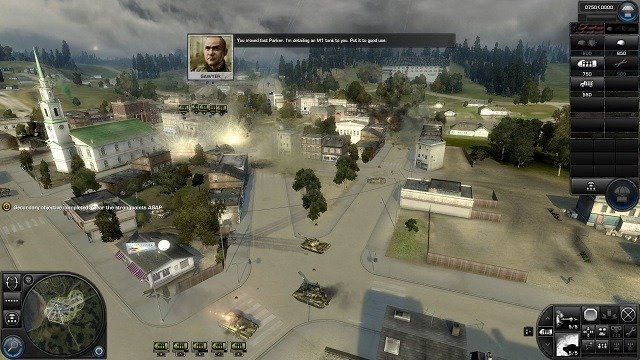 Set in an alternate timeline branching from 1989 where the Soviet Union decides to pursue a military course to stay as one of the world’s dominating super powers. This adventure will take you from Russia to Europe and the United States so there is a good amount of variety to enjoy in terms of locations and in turn the strategies you’ll need to leverage for military control. World in Conflict is focused on offering a heavy story experience for those that want to engage with it by providing vast background information as you jump from engagement to engagement under the orders of your military leader.

During this campaign players take control of First Lieutenant Parker as he commands units on the battlefield, gaining leadership experience and in turn access to larger numbers of units and increased variety. Unlike more traditional real time strategy games where players are in charge of building a base and spending resources effectively World in Conflict puts you in charge of smaller groups of units and focuses on optimising your strategy rather than becoming an economic powerhouse to support an army. 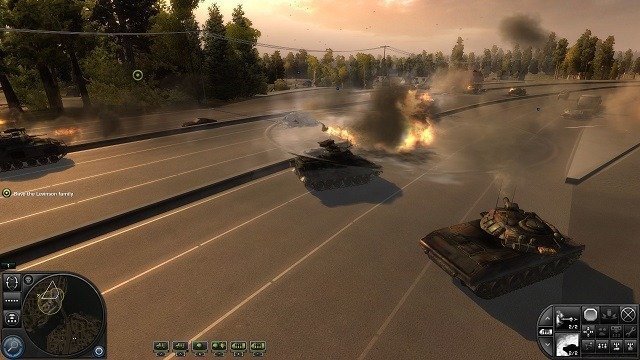 In order to achieve success players need to carefully command their troops forward (which can be infantry, tanks or aircraft of various types) and use the support tools at their disposal. This includes calling in additional units, artillery strikes and repairing key map objectives such as bridges. With dozens of options within units and strike types selecting the appropriate one for your enemy and carefully timing it forms a second pillar of strategy behind your troop movements.

This variety also extends to the core units that you’ll command during levels with over a dozen units spanning across infantry, air, support and vehicle categories. Understanding the strengths of these units and the counter relationships with others is vital to ongoing success through the campaign or multiplayer environment. 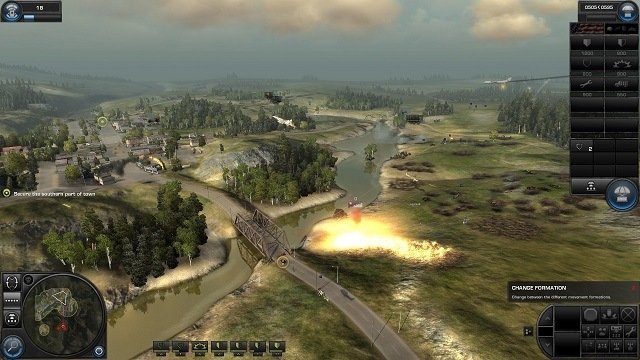 Said multiplayer environment supports up to 16 players which is vastly more than similar strategy games, although due to the age of World of Conflict will require a significant friends list to ever achieve.

World of Conflict is one of a small handful of titles that try to move the strategy genre away from base building mechanics and instead focus in on action orientated strategy. For the strategy fan that wants to do away with this overhead it’s an attractive opportunity.

Games Finder is a Steam Curator and featured in the aggregate review scores data of MobyGames and Neoseeker.
FEATURED ON
Games Like Command and Conquer, Games Like Company of Heroes, Games Like Supreme Commander
LEAVE A REPLY Cancel Reply