Enter a world full of cubes and build your own creations in World of Cubes, a game for iOS (free) and Windows with multiplayer support for your cube building adventures. Offering a mixture of free and paid entry points World of Cubes allows players to unleash their creativity in the sandbox mode or fight for survival in survival mode to cater to all both sides of the coin. The inspiration from the likes of Minecraft is obviously there from the graphics and gameplay in World of Cubes but it isn’t just a clone of the adventure by any means. 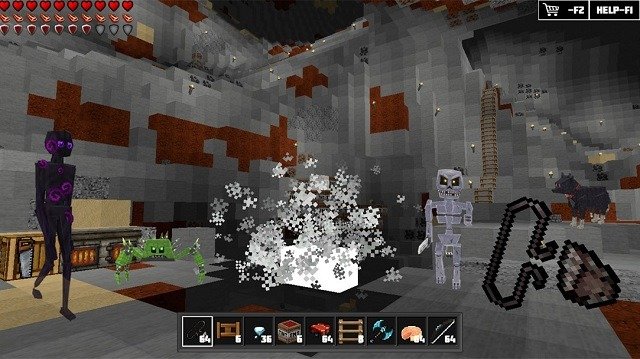 The options in World of Cubes are near endless with plenty of content whichever path you want to take in the game along or with your friends. On the creative side you’ll have plenty of block variety and easy to use controls that make building painless and fun even on the smaller mobile devices which is the original intended audience for the game. Where creative mode really shines though is in the multiplayer environment where you can either use one of the five custom maps put together by the developer or start your own multiplayer adventure with a fresh game world.

With a central multiplayer server in World of Cubes it’s easy to find people to play with and share your map creations with other players and supports a strong server connection rather than a peer to peer experience that other titles solely offer. World of Cubes also allows you to password protect your world so only friends can join you or make the game world read-only to preserve your impressive creations from any mishaps. 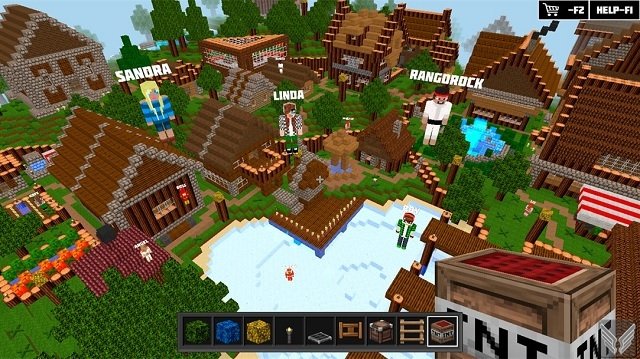 You won’t have to settle for the same avatar as everyone else either in World of Cubes with nearly two dozen skins for your character to help make you feel unique and give you your own identity in the cube shaped worlds and helps you differentiate multiple friends from each other with ease on your handheld device.

For those that prefer a real adventure you can load up a survival game in single player where you’ll be joining the world alongside all sorts of AI controlled monsters. In this World of Cubes survival mode you’ll have to fight, craft and build in order to survive as you would have seen in similarly designed titles for mobile and Windows. With plenty of mobs (both hostile and tasty to help your survival) you’ll really feel like you’re inside a living world and not a barren wasteland which is a consistent issue in other mobile driven titles. 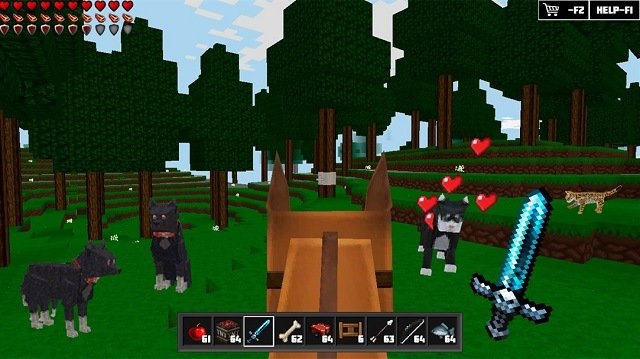 Another thing that makes the survival experience stand above alternatives in World of Cubes is the inventory like system used for crafting which really eases the learning curve for recipes and what each material in the game is used for by clearing outlaying this information in game for you to access and reduces the need to constantly be visiting an external source for information.

Whether you’re a block building veteran or looking for your first taste of the rapidly growing genre it’s hard to look past what World of Cubes offers with its multiplayer functionality and dual game modes for mobile (iOS is a free version) and Windows.