World of Tanks is a free to play MMO available on PC and through the Xbox Live Arcade. In the game you’ll get the chance to drive your own tank as you compete online against dozens of other players. 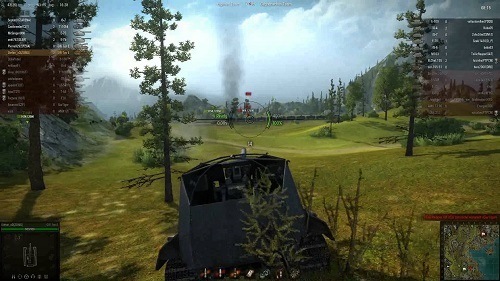 World of Tanks was one of the very first free to play games that would let you jump into an armored vehicle, an experience that had previously been limited to triple A titles such as the Battlefield series. While World of Tanks limits players to a single land vehicle the next addition to the franchise (World of Warplanes) moved the gameplay into the air.

Game modes are central to the longevity in World of Tanks with half a dozen options that let you control the action you’re involved in, with something for all types of gamers. Random battles are a great way to ease you into the World of Tanks experience with up to 30 players taking to various battle grounds while trying to eliminate all enemies in sight or attack a base in order to secure victory.

If you decide that your tank skills could use some work then the team training is a perfect place to grasp the mechanics of the game and become a master tank driver. While for those looking for more of a challenge can turn to the likes of clan battles, tournaments and the realistic World War II battles.

All the while players will be unlocking more and more tanks to use in battle. With a great focus on attention to detail every tank feels alive and with more than 200 available it almost becomes a challenge in itself to collect them all. 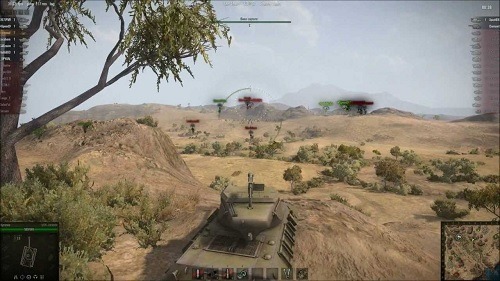 Tanks span various time periods but mostly fit between the time of the first World War and a decade after the second. All the major countries are represented with the United States, Soviet Union, Japan, Britain and several other countries having a good variety of tanks under the five categories (ranging from light and fast tanks to slower tank destroyers).

Be it as a casual player that wants to hop into a tank for an hour a day or a hardcore gamer wanting to lead a clan to victory in intense battles and master the mechanics of piloting a tank, you’ll find a home in World of Tanks.

This review was first published on June 18, 2014. Read our update policy to learn more.

Games Finder is a Steam Curator and featured in the aggregate review scores data of MobyGames and Neoseeker.
FEATURED ON
Games Like Battlefield, Games Like War Thunder
1 COMMENTS
LEAVE A REPLY Cancel Reply