World of Warcraft (WoW) holds the largest subscriber base of any MMORPG, launching all the way back in November 2004 the game had peaked at 12 million subscribers by 2010 but has slowly dropped since that peak. 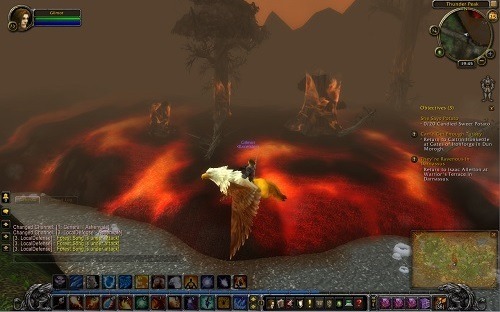 World of Warcraft features a core game along with several expansion packs with the option for players to play through the first 20 levels for free (with some other restrictions as well) if you are just interested in seeing what all the fuss is about. To advance further players will need to commit to a World of Warcraft subscription.

Gameplay has you creating a character to fight on either the side of the Alliance or the Horde with plenty of races on each side to help you connect to your own personalised character. You’ll also find plenty of different class options which does encourage you to have multiple characters on your account.

Once you’ve got your character created its time to choose your realm which are split into PvP and PvE options. New players are definitely recommended to start their experience on the normal PvE realms but veterans wanting a more difficulty experience will definitely love the thrill of open PvP combat. 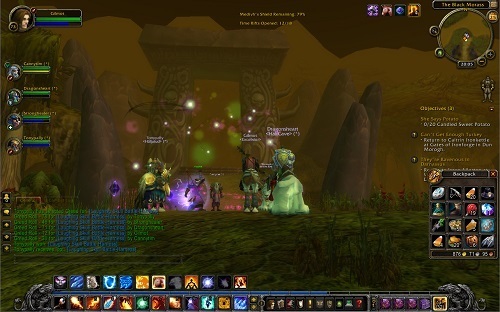 The level of depth in other gameplay mechanics is what really makes the World of Warcraft experience with plenty of skill depth for each class and plenty of progressions for players to also participate in. You can even learn secondary skills such as cooking, archaeology or first-aid to customise your experience further and give you something else to develop during your adventure.

World of Warcraft is particularly good at avoiding the grind that the MMO space is known for by packing the game world full of quests that offer good rewards to keep you trucking along in experience and items without too much problem. Guilds are also an integral part of the whole experience with plenty of end game style content orientated towards being part of an active guild.

Games Finder is a Steam Curator and featured in the aggregate review scores data of MobyGames and Neoseeker.
FEATURED ON
Games Like Guild Wars 2, Games Like Lord of the Rings Online
LEAVE A REPLY Cancel Reply