Coming off the success of World of Tanks Wargaming moved into the plane industry with their similarly designed MMO, World of Warplanes. It’s got all the features that made their original game so popular but changes up the vehicles that you’ll be piloting and instead takes you into the skies as you dogfight and dive bomb your enemies. Just like the first MMO from Wargaming it’s a free to play experience that sees you grinding through the history of aircrafts in PvP maps. 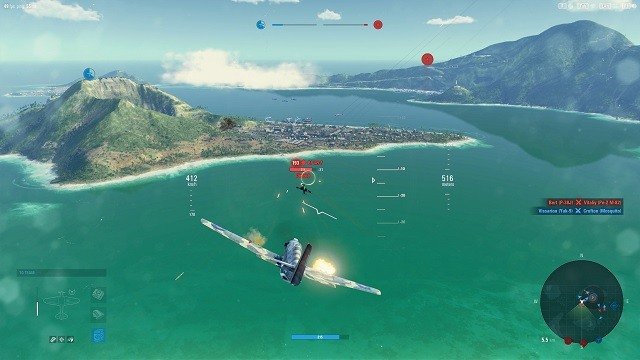 In World of Warplanes you’ll find that planes aim to be a historical and accurate representation of what is used in the real aviation world and features planes being based on German, Soviet Union, USA, Great Britain and Japan engineering that have their own strengths of design. Japan for example specialises in manoeuvrability although often has less health than their British counterparts. With the Germans offering balanced planes that are somewhere in between.

Each of these countries also comes with their own technology tree for players to advance through that will take you from simple planes to more powerful modern day aircraft of these respective countries. With each country having their own strength you’ll find your strategy having to change up based on your opponent with many players opting jumping between two or three of their favourites between matches. 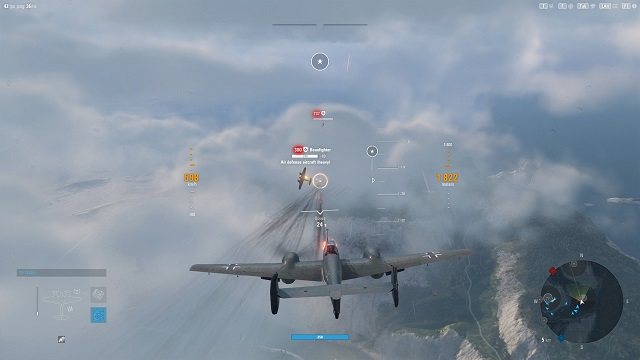 The action starts at your hangar in World of Warplanes where players can choose one of hundreds of aircraft they want to take into battle, upgrade them with new parts or customise them with a unique visual look to make them distinct. Planes fall into five broad categories (fighter, multirole, ground attack, bombers and heavy) which dictate your playstyle and role in the team focused combat environment.

For better comparison (and to help ease the learning curve for new players) aircraft stats are broken down into four stats (hit points, fire power, airspeed and manoeuvrability) to make planes easily comparable at a glance and allows players to infer planes that will suit their style of flying. Customisation doesn’t stop there though in World of Warplanes with crew training and skills further allowing you to create a plane that works for you in the heat of aerial combat and results in thousands of combinations. 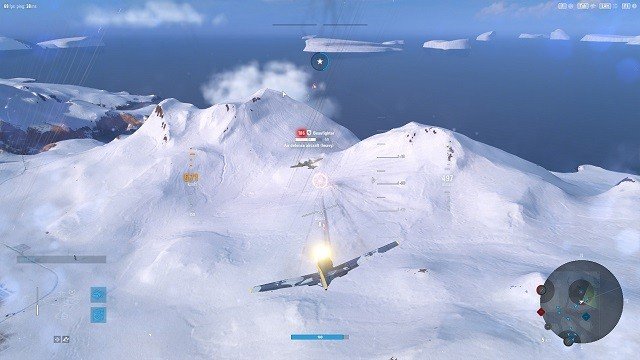 With upgrades and unlocks becoming available at a steady pace you’ll keep coming back to World of Warplanes be it for long term gaming sessions or quick battles from time to time although there is a significant slow down towards the mid to late game to help drive some revenue from the freemium model, a problem not unique to World of Warplanes.

Unlocking all this customisation requires you to step into the 15v15 PvP battles to earn experience and currency to take back to your hangar for further progress with some PvE alternatives available. Matches are won or lost based on your teams ability to have supremacy over your opponent (destroying key ground targets and enemy aircraft) with the victor getting a nice boost to their rewards for that match before flying onto the next battle map with most being inspired by real world locations and air battles.