World of Warships brings naval action to your computer screen like you’ve never seen it before. If you’ve become hooked on World of Tanks and World of Warplanes this next evolution of the franchise will not disappoint. 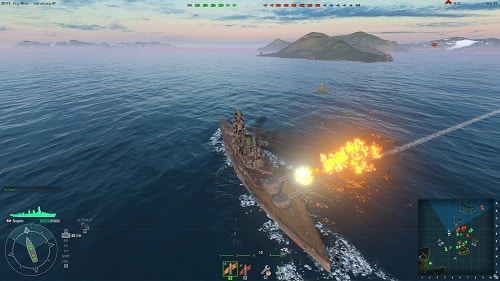 As the name suggests World of Warships brings naval action to the “World of” franchise, just like the other games you’ll battle out online against other players in a range of environments and game modes. While the pace is on the slightly slower side compared to the other games the strategy depth is higher than ever as you travel across the Pacific, Atlantic and even the Arctic.

Just like the other World of adventures the game focuses around customisable battleships that fall into a range of ship types. This is then paired with a sleek interface, easy to use ship controls and an in game currency (experience and credits) to keep you hungry for new ship unlocks.

These ships offer their own unique mixture of fire power, speed and armour with categories ranging from destroyers, cruisers, battleships and aircraft carriers. This gives you the agile option of the destroyer who can employ smoke screens and torpedoes to bring down opponents while on the other side of the coin you call in powerful aerial attacks as one of the carriers. 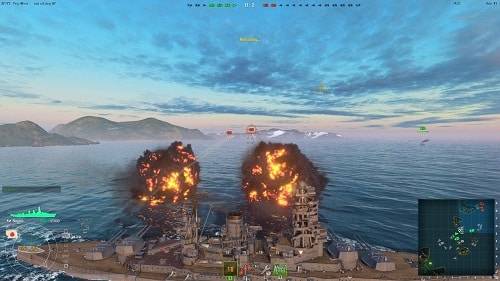 For the navy buffs amongst gamers you’ll recognise a handful of the ships as realistic with a few fresh and experimental ships available for good measure. Regardless of which ship you decide to command though the superb graphics and realistic battle simulation will ensure its brought to life.

For both the long time follower of the franchise or newcomer looking to get their feat wet (literally) World of Warships is a winner. Particularly if you’ve already spent money on a premium account which will cross over to this latest World of instalment.