Worm.is: The Game lets you take control of your very own worm in the addicting and hectic multiplayer experience that joins a long list of similar titles. With several different modes and a healthy player pool you’re guaranteed a decent amount of variety and challenge in this take on the multiplayer free for all genre popularised by Agar.io. 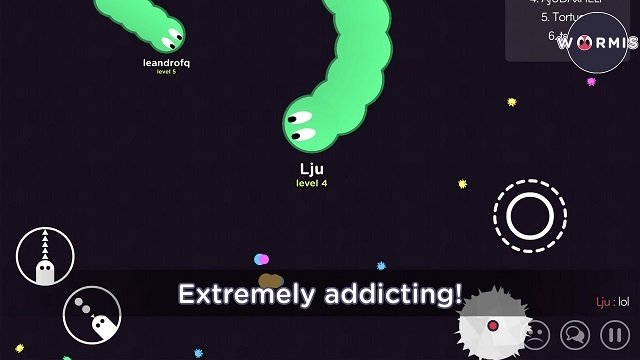 The staple of Worm.is: The Game is the free for all mode where you’ll swim around in an enclosed area with other players as you control your own little virtual worm. Your objective is to reach the top of the leader board server by collecting food scattered around the game area to grow bigger. Players will have to restart if they hit a wall or another snake though which is where the strategy of Worm.is:The Game lies.

Unlike other io games players do have some options other than swimming around aimlessly though with the ability to spend some of your gathered resources to speed away or shoot some of your length at an enemy snake, potentially killing them and claiming their size for yourself if you can land it just right. 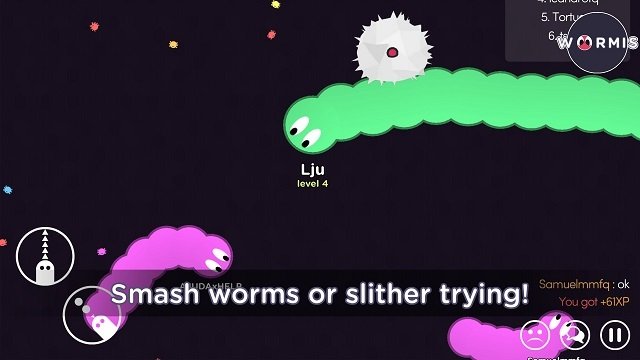 This is really just the surface of customisation and options though which is where Worm.is: The Game really shines to competitors. Said customisation comes from equipment which provides boosts to agility, speed, initial size and eat distance and all have an impact without being unfair to players without them. Players can also select one special power which changes your play style with items that can increase your vision for a short time, slow enemies, stun enemies, provide temporary immunity and more.

All of this is facilitated by a level and coins system with everything having a cost in coins and level requirement to reward regular players and give you a progression pathway. While coins can be purchased you’ll be able to earn a healthy dose through achievements, daily quests and randomly in games. While there is advantage to be had for players with cash they aren’t overwhelming which means pay to win isn’t rampant in the online focused game. 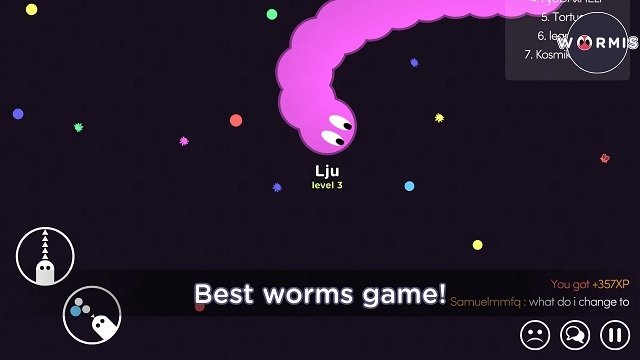 These load outs and experience carry over between game modes (although some have restrictions) allowing you to make consistent progress whether you play free for all, team, catch the egg, scourges, crazy mode, tournaments, competitive play, guilds and reward matches. This lack of locked in progress ensures that all game modes receive some love from the community as they cycle through them regularly (although free for all constantly is the most popular).

Worm.is: The Game is an impressive grow bigger multiplayer game and includes all the features needed to keep you coming back again and again for casual gameplay or something more dedicated. Servers are also generally quite full (and if you are struggling to find players you can manually change the server) without too much impact on game performance which give it all the requirements for success.

Games Finder is a Steam Curator and featured in the aggregate review scores data of MobyGames and Neoseeker.
FEATURED ON
Games Like Agar.io, Games Like Slither.io
LEAVE A REPLY Cancel Reply