Wrack pays homage to the FPS titles of the past with a single player offering about fast paced shooting and score accumulation which allows you to challenge yourself or compete with others through scoring. Marketed as an arcade shooter Wrack has you battling countless enemies in a number of game modes all centred around the chaining of kills together to maximise points and your killing efficiency. 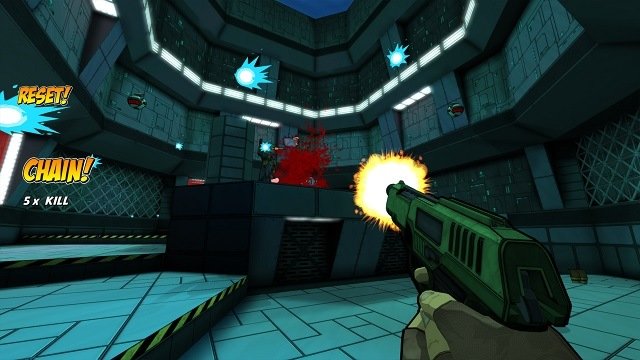 Set deep into the future (2052) Earth has solved all of its energy problems by creating a method to make infinite resources which provides a reliable source of anything that the human race desires. While this has setup a world without the need for military and wars it makes Earth prime for attack by the alien race of Arcturans who wish to use the technology themselves and are envious of the human prosperity. Standing in the way of this is Kain, a wracketeer who players control to push back these enemy forces and stop them from Earth.

Playing as Kain players step into a science fiction setting full of cyborgs and other science fiction themes that create varied environments, enemies and in turn challenges. Split into chapter segments players will move between them by activating switches and defeating bosses that each come with their own designs and counter strategy to employ to ensure this single player title brings plenty to the FPS table. 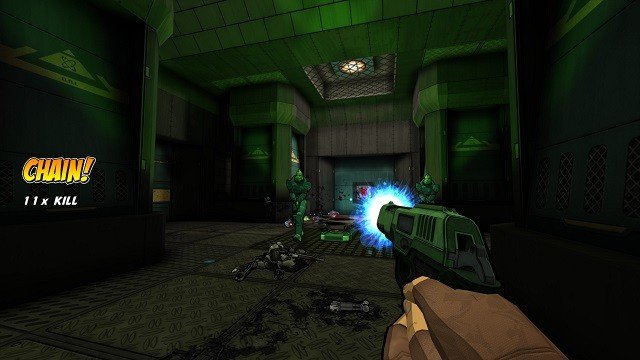 Mechanically Wrack is similar to the early Doom titles with a range of weapons that don’t require reloading along with players having the ability to carry all weapons at once rather than being limited to two or three guns. Scattered around each level are also a number of secret caches of ammo, health and weapons to uncover which can significantly boost your survival chances if you have a keen eye for them. In addition uncovering these will often require the player to engage in some basic puzzle and platforming mechanics so you feel appropriately rewarded for your efforts.

The heart of Wrack though lies within the combo chain system where killing enemies within a short time lets you perform special attacks and dramatically boosts your score for Score Attack mode. Important to chaining is consideration of the different enemies that you will encounter as they each have different attack patterns. While some will sit back and bombard you with ranged attacks others will charge right into your field of view and its this consistently reliable AI patterns that plan your approach to each room of combat. 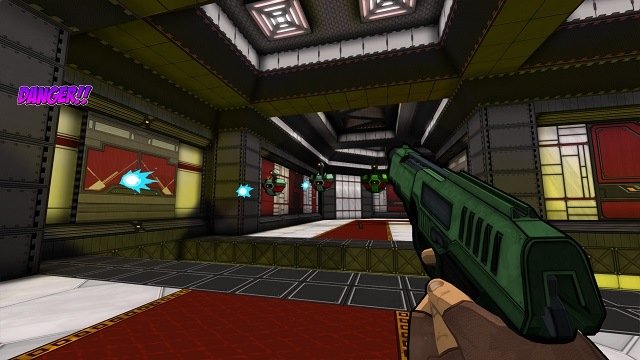 For the fast paced shooter fan Wrack will exceed your expectations and it has a colourful palette to match. While its foundations are simplistic all of them are well delivered and cohesive together ensuring the fast paced shooter delivers on what it set out to d and may even create converts from the modern day shooter genre.