Put in control of your very own squad of military units X-Mercs (renamed Mercs of Boom) is a challenging tactical turn based game for your mobile device. With the ability to develop your own unique team that grows as the story progresses you’ll find plenty of depth on hand. 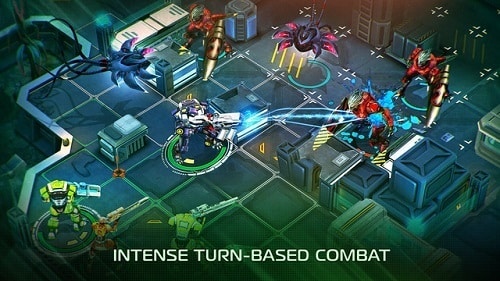 Amidst an alien threat players will be called upon to save the fate of humanity with their team of carefully selected soldiers. Set in 2040 after the discovery of unique crystals of foreign origin the world is in a state of chaos.

While killing aliens is your main objective the alien invasion unfolds slowly with each mission to add a nice story layer to each confrontation. This goes hand in hand with the range of environments which keeps your strategy evolving with each new map. This strategy is compounded by the variety of aliens that use different tactics and abilities to attack your soldiers.

Outside of each combat scenario players must build, train and customise their elite merc units with the ability to research a range of upgrades that allow you to push your soldiers into particular archetypes. From the silent killer beyond a scoped rifle to a shotgun wielding grunt players can customise their outfit of troops for their intended playstyle.

This customisation also ties into the base building mechanic where players will build the necessary rooms, hire appropriate staff and complete simple objectives to boost their game currency for further upgrades. 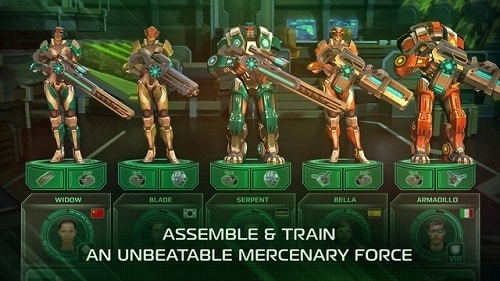 Beyond the single player story players are also treated to PvP opportunities and even co-operative play, something of a rarity in the turn based genre but perfectly suited to the mobile environment.

X-Mercs is of course very similar to XCOM in terms of setting and game design but comparing it directly to XCOM is doing the game a great injustice as it deserves much more than comparison. For turn based mobile gaming you simply can’t look further than X-Mercs