X-note is an interesting blend of mystery, visual adventure and dating simulation game released in March 2011 with a free playable demo available through the official website. With a mixture of genres included X-note offers broad general appeal although doesn’t explore all these elements as deeply as some other games which are focused on specific elements and mechanics. 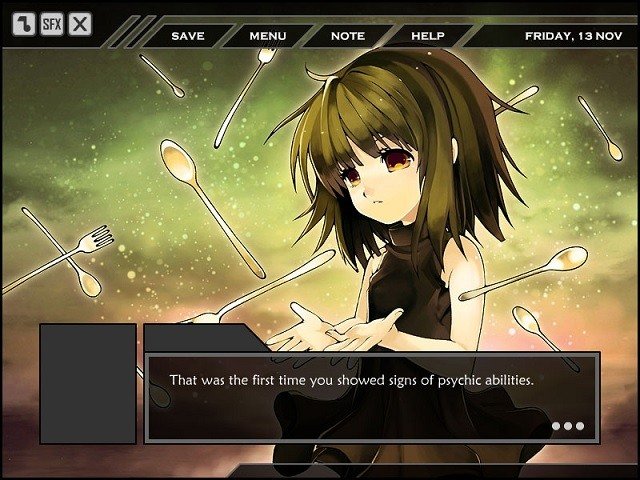 X-note has mysterious foundations with the game following Essi as she attempts to discover the truth to her past which was hidden away from her. Set approximately 10 years subsequent to the death of her mother in a mysterious accident Essi begins an investigation she has wanted to do for a decade as she never accepted the accident as the true events. Starting with a USB drive left behind by her mother that contains a locked folder titled X-note Essi steps into an adventure that goes deeper and darker than even she thought possible.

Central to this adventure is Essi’s unique psychic powers (psychokinesis, clairvoyance and telepathy) that extend far beyond her peers and the challenges she has faced since her mother’s death making her more shy and isolated than before the accident. The catalyst for this intense new desire to solve the mystery stems from a young boy named Yuon who seeks the help of Essi to solve a murder case within their school, the Xen Institute. 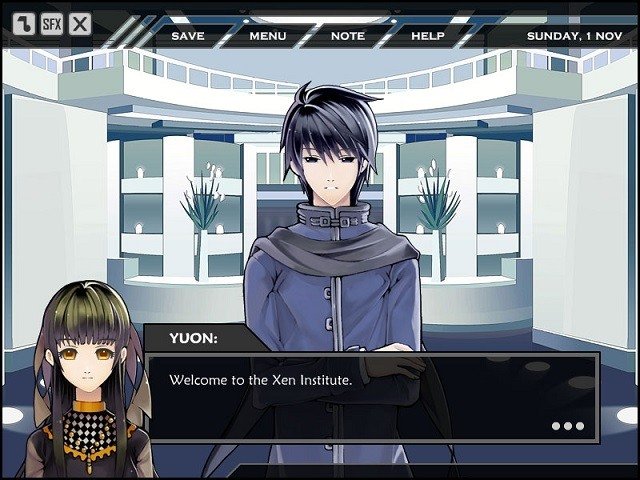 With 30 days of gameplay in each attempt players engage in a mixture of dating simulation and visual novel mechanics which allows Essi to train her psychic abilities, explore the grounds of the Xen Institute, collect clues, chat to classmates and ultimately make key decisions that decide the story ending with 9 possibilities to explore that range from your usual good, bad and somewhere in between endings.

X-note splits this story adventure into 6 different game chapters with the opening two chapters dedicated to introducing the primary characters of Yuon, Oure, Anon and Rexus and allowing players to begin training their abilities with limited real decisions of impact during this phase. Starting from chapter 3 however is when players are given story changing decisions with two paths linked to characters and dating them that impact future chapters and create the majority of differences in game endings. 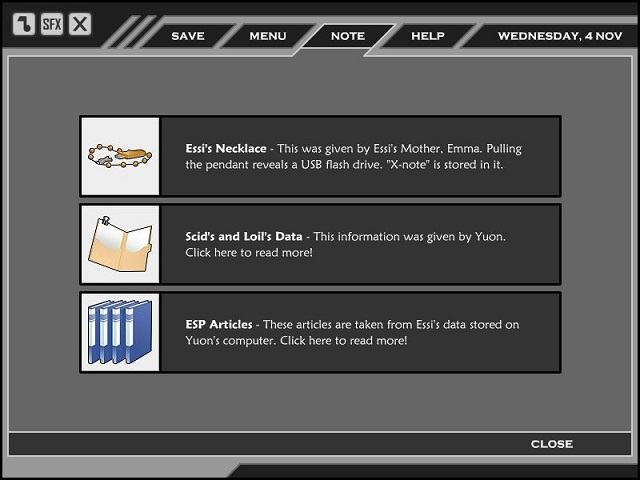 In the backdrop of the story players can also train their three abilities through mini games in Pegasus Park. There is one mini game for each of Essi’s abilities (psychokinesis, clairvoyance and telepathy) which require players to react to rhythms, test their reaction time or identify patterns. These are designed to fit perfectly into the general theme of the story and while enjoyable the need to train these for specific game endings may result in completionists becoming burnt out on the simple mini game mechanics from multiple runs to collect all endings and bonus scenes (maxed abilities required).

With the blend of genres, range of possible endings and general high presentation X-note is an attractive experience although the cost to content can be prohibitive if you don’t intend to hunt for all game endings.

Games Finder is a Steam Curator and featured in the aggregate review scores data of MobyGames and Neoseeker.
FEATURED ON
Games Like Emily Is Away, Games Like Katawa Shoujo, Games Like My Candy Love
LEAVE A REPLY Cancel Reply