Released in mid 2014 to a Japanese audience and making its way the west a few years later Yo-kai Watch 2 builds on the original adventure to have you discovering Yo-kai, fusing and battling more than ever before. 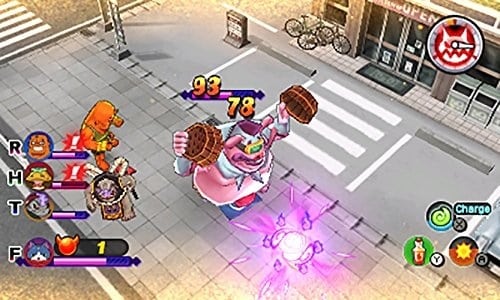 Starting the adventure soon after the events from the first Yo-kai Watch players will lead Nathan Adams or Katie Forester as they yield the powers of the Yo-kai Watch, a device that lets them communicate and see the Yo-kai of the world. Along the way players will adventure across the game world, travel back in time, get stuck in the centre of a Yo-kai war and many other events.

Despite being highly story driven Yo-kai Watch 2 offers similar gameplay to the previous title, placing it firmly in the open world role playing genre with players able to freely navigate around the game world. With many NPCs scattered around the world, places to visit and Yo-kai hiding in the corners exploration of the world is actively encouraged for those wishing to catch them all. 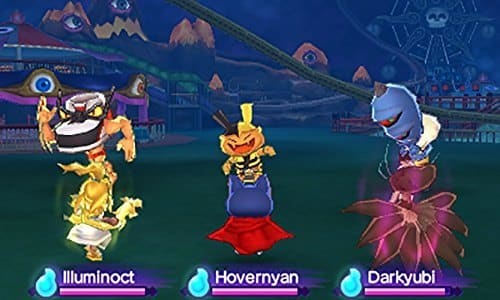 Acquiring Yo-kai follows a similar formula to the previous title with players feeding and battling Yo-kai in order to befriend them at which point you’ll be given their medal, allowing you to summon them for battle whenever you please. An enhancement though in Yo-kai Watch 2 is the addition of sweetspots that can be activated with the touch screen to improve your chances of befriending, obtaining extra damage, experience or cash. Other than befriending an in game Gasha Machine lets you funnel your earned game currency into more Yo-kai.

Other common themes of monster capture games are of course also present with Yo-kai split between eight different classes that have strengths and weaknesses, legendary Yo-kai to befriend, teams of 6, evolutions and over 400 Yo-kai to find.