Ys I and II is a highly popular Japanese action role playing game that has similar gameplay elements to the Legend of Zelda series. The game first launched in 1989 and has since seen many re-releases and updates. 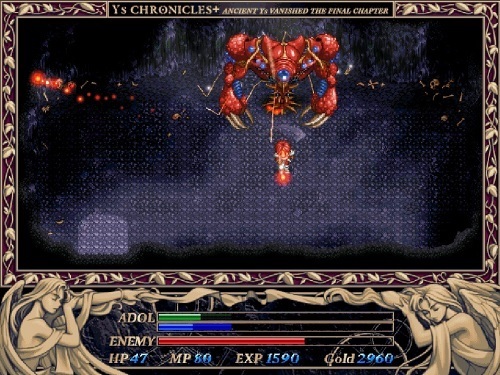 The games in the Ys series follow Adol Christin who loves a good adventure and has a knack for being in the right place at just the right time that has him in the centre of a number of adventures. In Ys I and II Adol is on a quest for the 6 history books of the land which gives him vital information in defeating the new evil force that is taking over the game world of Esteria.

Gameplay is very reflective of the games of the era with players taking control of Adol from a top-down perspective and moving him around the game world to advance the story, slay monsters and talk to NPCs along the way. The game features a recharging health system that later became a staple for the genre and many other games.

A core element of the early games in the Ys series was the bump combat mechanic. Instead of using a Zelda like sword activation button the game would automatically attack enemies that the player ran into. An important part of this system was being able to attack monsters from behind or on the side rather than front on. Not only will this system stop you from breaking your attack button it helps keep the overall game flow more fast paced than similar games. 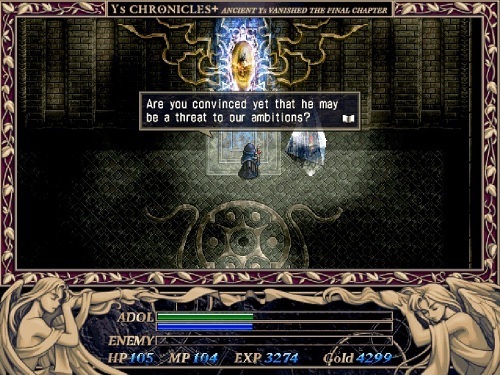 In the Ys II portion of the game players are introduced to magic and can transform themselves into a creature that opens up some additional gameplay mechanics for players to explore.

Long term fans won’t want to miss the most recent remake of the popular first two games as they look better than ever. There is still plenty of fun to be had by non-fans though, especially with the four difficulty settings that lets you experience an easy adventure if you want it.

Games Finder is a Steam Curator and featured in the aggregate review scores data of MobyGames and Neoseeker.
FEATURED ON
Games Like Bastion, Games Like Zelda, Games Like Zenonia
LEAVE A REPLY Cancel Reply