Yume Nikki comes from the Japanese developer Kikiyama thanks to RPG Maker 2003, while it has few actual RPG elements in the game it more than makes up for it with an intriguing surrealistic adventure. Since its original release a number of updated versions have also been released. 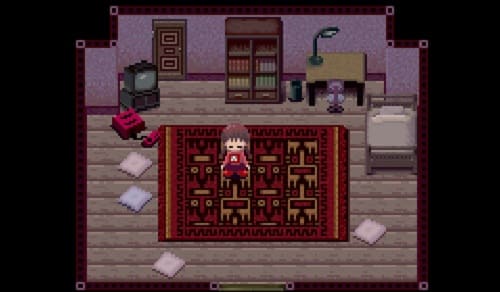 The game follows a reclusive teen named Madotsuki as they travel through her strange dreams that are filled with all sorts of horrific and surreal scenes, from large monsters to strange alien looking the game definitely has all the oddities one could expect.

Beyond these dreams players can also explore her apartment although there are few things to interact with here outside of the TV and a dream diary that serves as your save point.

Returning to the apartment also serves as your safe zone with players able to pinch their cheek during any dream in order to wake up, this mechanic also ensures that the game does not have a game over screen with failure in levels generally waking the player or forcing them to wake themselves up (by getting stuck in a room with no escape for example). 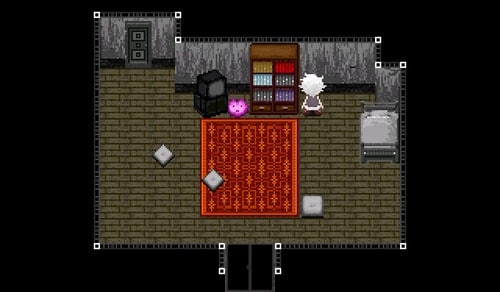 Ultimately your goal is to access the dream world they’ll venture into 12 different and unique worlds with the objective to acquire 24 objects, referred to as effects. During this process you’ll also uncover a number of NPCs whom can be attacked but generally its more effective not to.

The way that Yume Nikki makes you question every action you take and your surroundings constantly is its greatest asset, for those that love a surreal adventure there are few free games like it.