Zeno Clash is a game that focuses on hand to hand combat in a truly wacky game world. The game first launched on Windows in 2009 with a Xbox 360 release the following year. 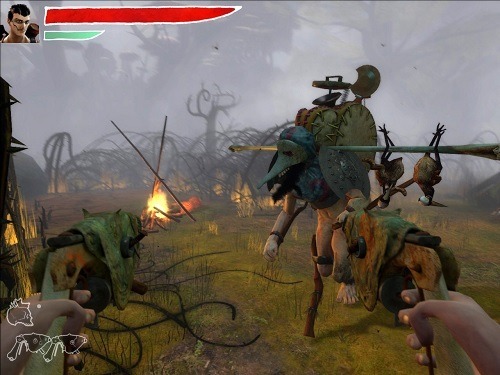 In Zeno Clash you’ll be exploring the fantasy world of Zenozoik as Ghat. Ghat is running from his siblings after killing their creator after discovering a dark and twisted truth. Banished from his family and now on the run Ghat will team up with a female companion known as Deadra as he fights his way to safety.

Zeno Clash is a linear focused experience that explores a large number of strange environments that Zenozoik has to offer. The game is entirely played through a first person perspective with the odd cut scene to help develop the story elements.

The game is split into areas where scripted battles play out, once you’ve dealt with the enemies in that area you’ll be able to move forward to the next area for your next challenge. Ghat’s best weapon is your martial art abilities that allow you to punch, grab and kick enemies into submission. You’ll also have to focus on dodging enemy attacks and countering moves.

Ghat does pick up a weapon from time to time though which includes a variety of odd melee and ranged weapons which are mostly gained by successfully disarming an army or are given to the player to be used for a particular linear sequence. 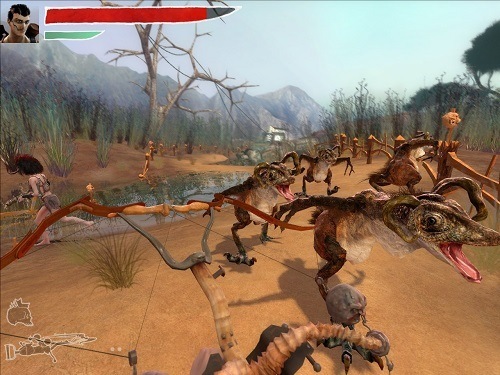 Outside of the campaign story Zeno Clash also features a challenge mode that will test your fighting skills against enemies and bosses as you descend an endless pit of enemies or climb an infinite tower.

The uniqueness of Zeno Clash in both its setting and story are its strongest points by far. Combat is also a nice change of pace with a melee focused approach but it just feels too much of the same and linear by the end.

Games Finder is a Steam Curator and featured in the aggregate review scores data of MobyGames and Neoseeker.
FEATURED ON
Games Like Chivalry, Games Like Dark Souls, Games Like Dynasty Warriors, Games Like For Honor, Games Like God of War
LEAVE A REPLY Cancel Reply