Borrowing the Mario Kart formula but adding in unique game modes such as Goal, Tag and Target that utilise the core racing mechanics in interesting ways Zero Gear is a cheaper option for groups of friends looking to get some kart mania action on PC. Going beyond standard racing mechanics Zero Gear includes a wealth of acrobatic options with flips, spins, slides and boosts which particularly shine in goal mode and in turn recreates an experience similar to the popular and eSports followed game of Rocket League. 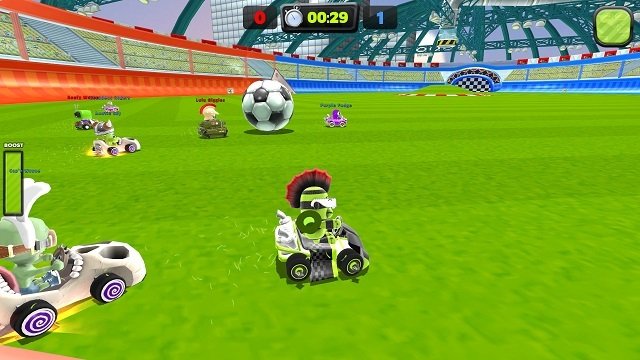 Developed by NimbleBit back in 2010 the game has support for up to 8 players although you’ll find it hard to find an active game without some fore thought in the community section or a bunch of friends given the age of the game title. This doesn’t detract too heavily though with the bots proving a decent adversary and more than capable of providing sufficient challenge while you organise a game. At the low price point of entry though you’ll still have sufficient value from AI races alone if it comes down to it.

That being said the intention of Zero Gear rests very much in the LAN party game space as you battle across the available game modes and scream at your friends as they knock you out with a power up or simply overtake you through raw speed and strategy. 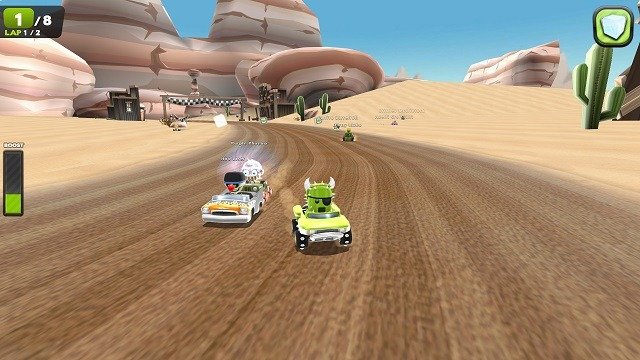 At the centre of Zero Gear gameplay  is the typical race mode that sees you racing against others players or computer controlled vehicles as you collect power ups to give yourself a racing edge. These include seeking bots, tornadoes, shields and others that adopt ideas from other racing games but often give them a unique spin that makes them visually or mechanically distinct. Control wise you’ve got your standard accelerator combined with a nitro boost that charges over time and by drafting behind other karts along with a small jump that enables some acrobat acts on the appropriately setup track designs.

Customising your kart is also an included feature and helps you build that connection to kart and driver while you fire off power ups at enemies or score goals in the Goal game mode. In this department you’ll find a fairly strong spread of options from helmet, face wear, driver gear and the ability to customise small car details. 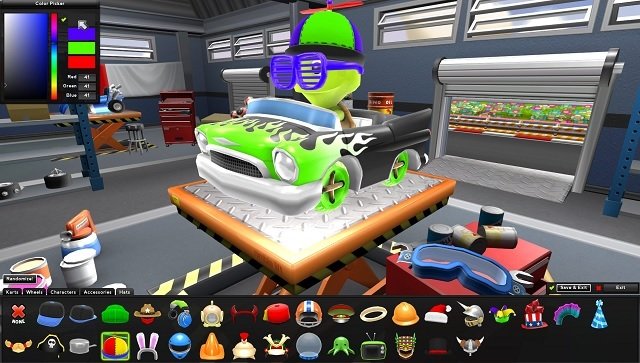 Tracks are similarly diverse with a total of 15 different types that draw some real world inspiration for their designs with likes of water slides and billiard tables being featured at centre stage. While creatively crafted from a visual stand point the same doesn’t quite carry over to general track design with most only including the odd ramp in what is usually a two to three lap race.

As a LAN based kart racer Zero Gear will likely deliver hours of fun, laughs and revenge power up activations across it’s available tracks. It’s still acceptable as a single player game given the bargain price point but really suffers from the lack of a cup series that could have made Zero Gear a viable LAN and single player racing title.