ZombiU (Zombi on non Wii U platforms) brings the zombie genre onto Nintendo’s platform with an amazing and horrifying experience that shows off some unique mechanics and potential of the Wii U. On non Wii-U platforms some of these features are taken out or redesigned while still retaining the impressive fundamental design of the primary Wii U version mot notably the fantastic London setting and horror tones that are magnified by the permanent death mechanic with some graphical improvements along the way. 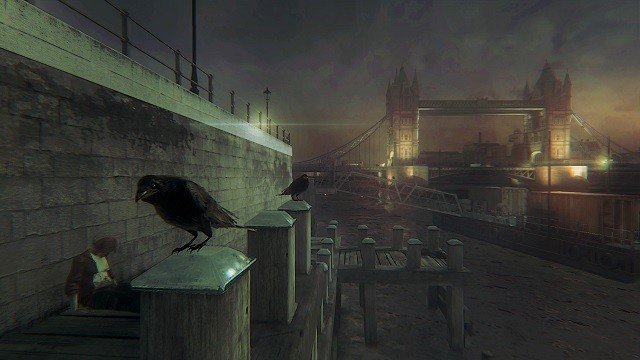 Set within London ZombiU focuses primarily on the underground which creates an amazingly dark atmosphere as you adventure through the system of tunnels and at times the streets of London. Over the top of this darker aesthetic is a gentle green hue akin to an element of night vision which draws further colour out of the world and while not to all tastes gives ZombiU a distinct styling. Like many zombie titles ZombiU is set well into the zombie outbreak with players direct to the bunker of a Prepper who long prepared for the outbreak and serves as a base of operations. From here players follow through a series of missions from a number of different NPCs to ensure their survival.

Making this survival more difficult than most is the permanent death mechanic which means that once your character is infected they are lost forever with players continuing their adventure as a different survivor. This means new skills, character models, gender and even voice actor with enough randomised options so you really do feel like you are playing a different survivor each time you meet your demise. To build on the sense of a living and breathing world ZombiU allows players to claim back some of their lost items from a death as you can return to the location of your infection to kill your previous character and reclaim their inventory. 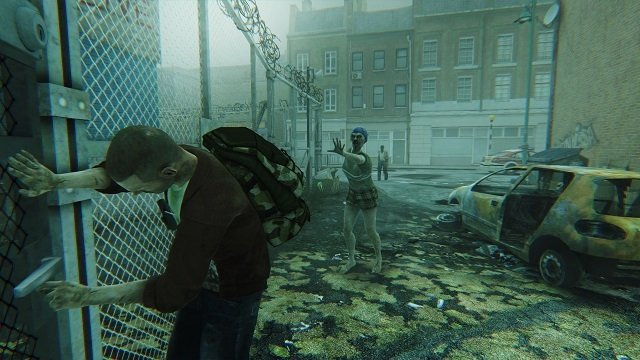 This is particularly important as part of the horror experience is the survival element of scarce resources like food, weapons, first aid and vital ammunition that must be scavenged at every opportunity and utilised wisely. This results in an interesting risk and reward mechanic as the location of your death presents an attractive opportunity to reclaim your loot but is likely overrun with zombies that lead to your death in the first place. With this emphasis on scavenging improvised melee weapons are a common weapon type in ZombiU although limited to three variations (depending on platform) of the cricket bat, shovel and nailed bat. Melee weapon combat is also designed to be difficult against more than one zombie at a time which makes thinking ahead and planning your attacks a vital consideration.

While the game plays in a first person perspective ZombiU relies on the Wii U for much of the inventory and map management (making great use of the hardware) regularly directing you to the handheld device for actions and mini-games which have their own risk as the game does not pause. This active pause mechanic was carried over to other platforms to retain the risk although now altered for single screen platforms. 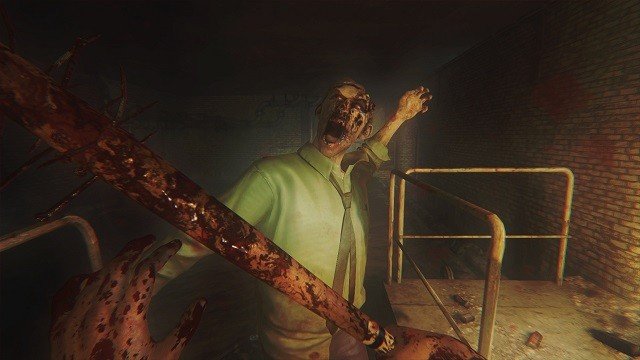 As far a Zombie games go ZombiU and the Zombi release are definitely one of the better offerings in the genre and the ability to find (and kill) your own previously infected characters never gets old.