Zubo is a game developed by EA for the Nintendo DS. The game has rhythm elements and has players befriending over 50 Zubos and training them to become the ultimate fighting force. 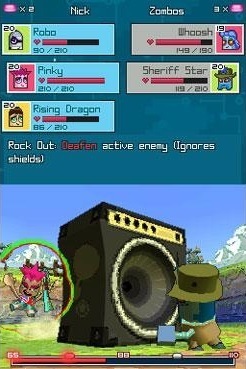 The story in Zubos is a standard one but provides enough backdrop to give shape to the game world around you. Your journey takes place in the world of Zubalon where the race of Zubos call home. These Zubos are under attack by an army of fake Zubos lead by the evil Big Head.

Gameplay involves players moving around with the touch screen and stylus while befriending various Zubos that belong to one of three types. Players will then nurture and strengthen their Zubos to create a powerful and flexible fighting force. Your team will slowly develop as you explore the 10 themed game worlds and help rid the areas of the fake Zubos under Big Head’s command. During your exploration you’ll also have the chance to play a number of fun mini-games to break up the core gameplay.

The rhythm element of the game makes an appearance in the combat system where players are required to carefully time their tapping with the beat in order to secure victory. Players control a team of up to three Zubos and can even battle against friends in multiplayer. 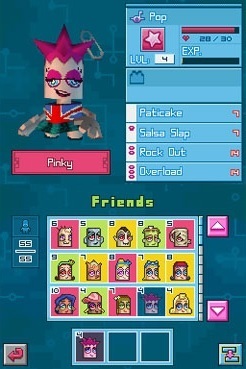 Zubos all have similar skillsets but each one has their own unique move which is where the strategy elements of the game are found. The rhythm system is definitely one of the games strongest assets and by giving Zubos one unique skill each it helps ease the learning curve for the younger audience that the game attracts.

Zubo is an all around fun experience that definitely has been designed with a younger audience in mind (8 and up) with its cutesy graphic style and simple to learn gameplay. There is still plenty of strategy meat on the bone for older gamers though.