Tired of all the medieval fantasy role playing games out there? Risen 2 takes you into a pirate setting and is packed with detail. In Risen 2 you’ll sail the seas and explore a number of islands as you attempt to track down ancient artefacts to help you defeat a growing evil. 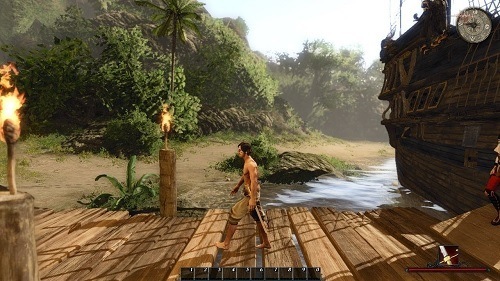 The pirate theme of Risen 2 is its strongest point and definitely captures the feel of being a pirate. The world is loosely based in the Caribbean and has a very Pirates of the Caribbean feel to it.

The game mixes environments quite well and has a good mixture of towns, jungles, caves and beaches that never feels overly repetitive. These locations are a mixture of linear paths and open world elements so you aren’t given complete freedom like some other games in the genre but there is still more than enough,

Each of these attributes is linked with talents which allow you to further define your preferred style of gameplay. Risen 2 uses experience known as ‘Glory’ for players to boost their attributes or talents which is rewarded for combat victories, location discovery and by completing quests. While visualisation might be on the low side the level of options to develop your own unique pirate does make up for it. 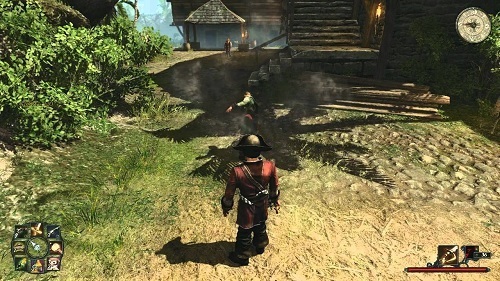 While players have plenty of options in combat (sword fighting, voodoo magic and firearms) the game definitely pushes towards a sword fighting combat style although this can be combined with a sidearm pistol to use in between your sword swings. The game also includes a number of companions which can join you on your journey and work great as meat shields throughout the campaign

Risen 2 does a great job at capturing the pirate lifestyle and presenting it to players with impressive environments. Unfortunately the games other aspects are just average making the pirate appeal its main draw.