Sid Meier’s Railroads lets players take control of the railways in a addicting and fun business simulation environment. The game is the successor to Railroad Tycoon 3 and was developed by Sid Meier for Windows (2006) with a Mac release being published several years later (2012). 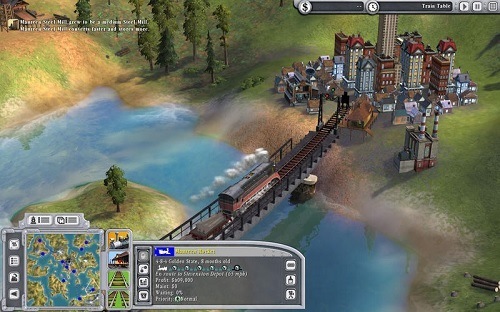 Sid Meier’s Railroads is a 3D business simulation/tycoon game that also incorporates some real time strategy elements into gameplay. The game offers a decent single player experience but thrives in a multiplayer environment especially if you want an extra challenge or show off your tycoon prowess to friends.

Unlike the Railroad Tycoon series the games are less focused on realistic simulation of railways and their operations. Instead the game focuses more on the economical side of things and will have players managing both the macro and micro economy elements.

In Sid Meier’s Railroads players are in charge of building railroads to support various industries while making a handy profit. These industries vary greatly depending on the time and location that the game takes place in. Popular items such as beer, food, gold and oil will make regular appearances.

Technological growth also plays a vital role in the game with new upgrades never far around the corner. However, for the right to use these new technologies players will have to be the highest bidder (giving them 10 years of exclusive use) which can really shift the level of power. 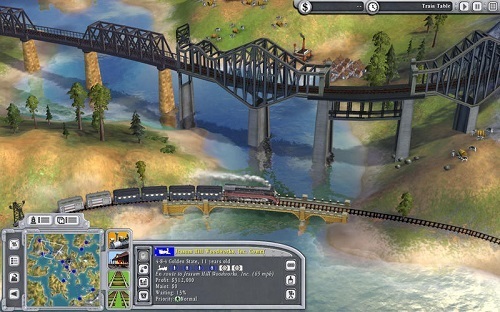 Sid Meier’s Railroads also offers simpler track building compared to its predecessors with most of it being an automated process so players can focus on the economic side of things although there is still some flexibility and strategic choices available with track placement.

Overall the game is a slimmed down version of the popular Railroad Tycoon series which will appeal to a casual audience that enjoys balancing the books rather than building the ultimate Railroad empire.