Sir, You Are Being Hunted is one of the more unique games to be released in recent years offering a free roaming sandbox adventure focused on stealth gameplay. As the name might suggest players spend their time in the game being hunted in a procedurally generated game world. 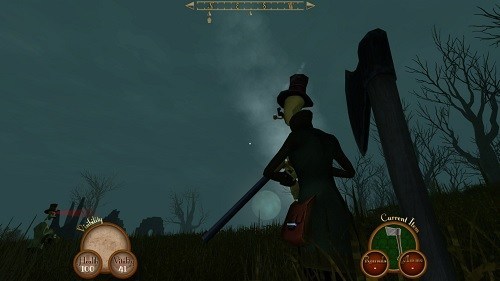 In the game you won’t be chased by zombies, mutants or humans like you would in other games. Instead players are hunted by British robots who are hunting you as some sort of sport after a failed experiment leaves you stranded in their world.

Your goal (other than surviving) is to bring all the relics back to the rune stone to allow you to escape this new hell that you find yourself in. With dozens of stones to collect across several islands it’s a long adventure ahead of you and one that gets progressively harder.

While the first few relic pieces will come quite easily as players get closer and closer to their end goal the number of robot enemies will increase. Not only will you have to hide from (and battle) an increased number of robots but also have to deal with stronger robot types. 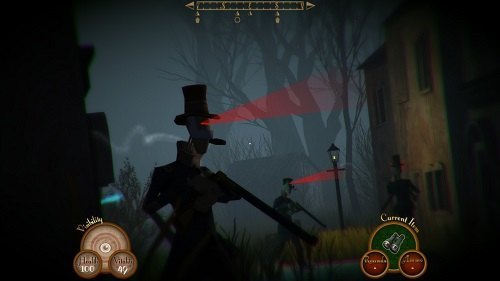 Scavenging is one of the most important skills at your disposal in Sir, You Are Being Hunted, players are encouraged to complete most of this early on before large numbers of robots begin to hunt you down. Scavenging is your only method of obtaining items and is done by exploring the houses around the countryside where you’ll find all sorts of weapons, food, bandages and traps to help you.

With five different biomes within the game every attempt in Sir, You Are Being Hunted is going to be as enjoyable and varied as the last. Fans of randomly generated worlds or stealth are both well looked after in this adventure that is as quirky as it is entertaining.

Sir, You Are Being Hunted