Bluring the lines between fantasy and science fiction is Skyforge, a third person MMORPG that focuses on action, customisation, class swapping, region based servers and the ability to reach a whole new league of hero, a god. 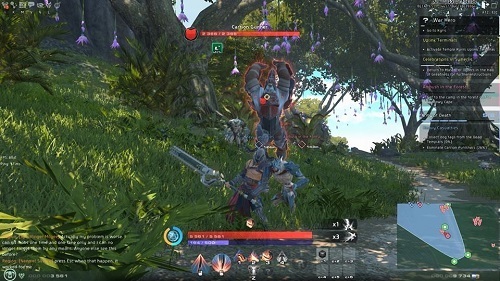 Venturing around planet Aelion where both ancient secrets and cutting edge technology live side by side players will perform the usual array of quests, trading and more that you would expect to see from a MMORPG adventure. Skyforge does this all in a uniquely satisfying mix of genres though and superb graphic and sound quality.

Choosing from one of the 13 available classes that mix together tank, support and damage archetypes players will begin their journey to go from simple character to ultimate god. Skyforge includes a class switching mechanic that allows you to change between any of these options instantly although the classes each level separately. While the character comes with plenty of outward visual customisation the behind the scenes depth is also there with a massive customisation tree called the Ascension Atlas allowing you to drive your character into a number of directions and is on a scale comparable to Path of Exile’s massive passive skill tree.

Regardless of the character that you choose to combat is fluent and fast with its action style that features no tab targeting, forcing players to rely on their crosshair instead like many of the modern offerings in the MMO space. This combines well with combo style attacks, a great variety of enemies and all sorts of boss enemies.

Of course along the way you’ll gain experience to improve your character but unlike other games Skyforge does away with levels and replaces it with the prestige system which acts as the primal indicator for how far you’ve advanced your hero (and is affected by several different game components). As this score increases so will your access to the various instances of the game world. 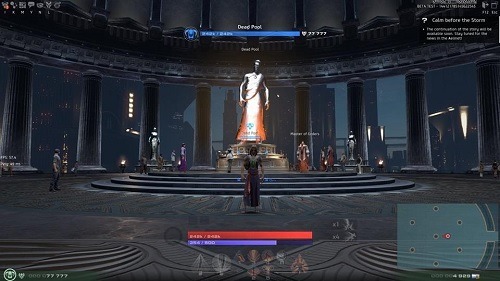 Once you’ve accumulated enough prestige players will get to enjoy the unique Order System that allows you to start building a following of worshippers which in turn give you more power and can even be sent on tasks. Eventually this prestige level also grants access to a god mode that allows you to tea up the PvE scene as you transform into an almighty deity for several minutes.

Skyforge is an above average MMO by all measures. It’s unorthodox approach to some mechanics (including controls) will throw you off at first but within a few hours you’ll be trapped inside this unique fantasy and sci-fi blend.