Soul Saver Online (previously published under the title Ghost Soul Online) falls in the 2D side scrolling MMORPG genre. The game has plenty of content to explore along with some unique features including good PvP options for fans of fighting against other players. 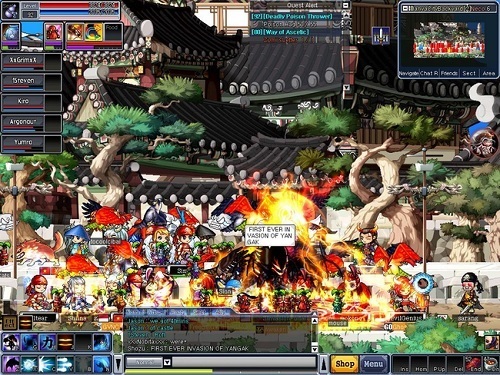 Soul Saver Online is set in a fantasy world where evil spirits have slowly been building up in the game world. These spirits are the spirits of evil people who for one reason or another were unable to move on in the afterlife so they decide to stick around and cause trouble for people instead. The world is now locked in a vicious cycle with no hope of ever completely eradicating the evil.

Character creation is fairly simple with players given some basic options regarding their characters gender, eyes, hair, weapon and starting clothes. Players familiar with MapleStory will instantly recognise this screen as it’s very much inspired (borderline cloned) from that game.

Once you’ve got your character created players can enter the game world and go through the standard tutorial screens to help familiarise you with the game world. At level 10 you’ll be able to accept your first job, which each come with their own skills. Jobs includes assassin, fencer, magician, fighter and an archer class. After accepting your job class you’ll go about doing the usual quests and slaying any monsters that get in your way.

Soul Saver Online does have two important unique game systems that help set it apart from other games in the genre and somewhat make up for the shortcomings in other areas. The first is the monster encyclopedia that keeps track of all the monsters that you encounter by recording their names, level and item drops. In order to fill out an encyclopaedia entry players will need to collect 9 pieces of each monster. 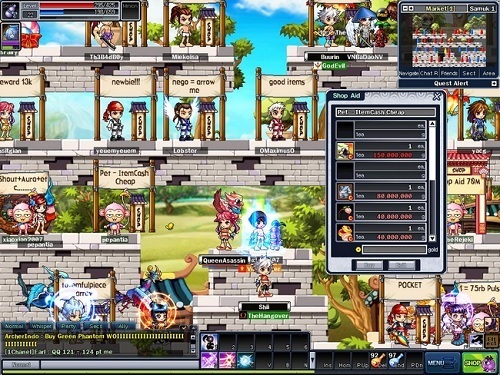 The second unique element to gameplay is spirits which are dropped by monsters that you kill. There are six different forms of spirit that can drop and each helps you in a different way. Purple spirit can be accumulated for equipment upgrades, red and yellow give you fury, blue and green recover SP to use skills and white spirit restores your health. This spirit system helps add another element to monster looting and helps keep combat fluent and less reliant on potion spamming.

While it’s got a few unique ideas Soul Saver Online is ultimately let down by poor translations and an overall clunky feel to gameplay.

Games Finder is a Steam Curator and featured in the aggregate review scores data of MobyGames and Neoseeker.
FEATURED ON
Games Like Grand Chase, Games Like MapleStory
1 COMMENTS
LEAVE A REPLY Cancel Reply