Star Crusade CCG takes the free to play digital card games into the sci-fi realm with an experience orientated around six factions battling for control over the unclaimed sector of space. Packing over 350 unique cards from first release Star Crusade this CCG title has the depth that veterans in the genre desire. 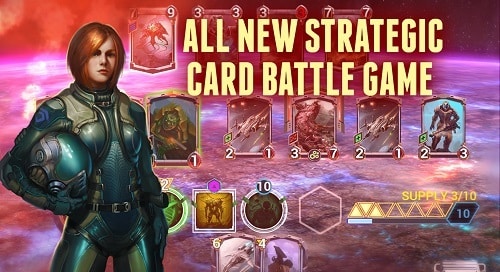 Said six classes of course have their own strategies that they employ to defeat their enemies from the Annunaki who use psychic powers to take over enemy units to the Terrans who rely on sheer numbers and the Shan’Ti who can use genetics to mutate units.

As expected Star Crusade revolves around the formula of collecting cards and placing them within your customised deck as you attempt to create your own strategy. After doing so you can take your deck into Casual mode for further tweaks, expand your race across the galaxy in Raid mode or battle others in the competitively geared Ranked mode.

Actual card gameplay borrows heavily from the Hearthstone formula although opting for science fiction over fantasy. This means you’ll start with a single supply point of which the maximum increases each turn. Card strength is closely tied to their supply cost with most of the strong cards requiring more than 6 supply to play onto the field. 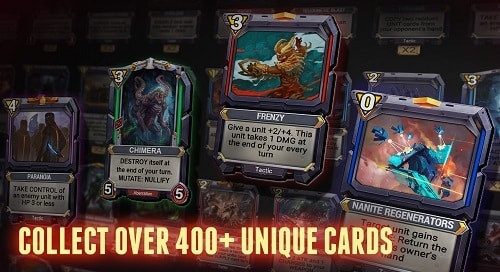 Other mechanics that card game fans might recognise from Blizzard’s Hearthstone include commander characters, effects, neutral cards, booster packs, card tossing and an extra supply for the person who goes second.

With all the similarities on offer the appeal of Star Crusade CCG will mostly be limited to Hearthstone fans that want a science spin on the experience or just want another card game for a fresh start.