Starbound is a side-scrolling game that weaves together creativity, adventure, exploration and action. In Starbound you’ll cross the galaxy in your spaceship, exploring procedurally generated planets as you flee from your home. 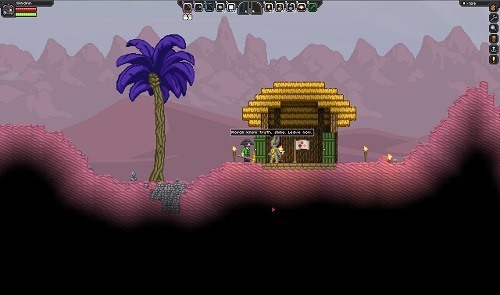 In Starbound you get to choose between six different races for the adventure ahead:

The game starts off with you in a spaceship, fleeing your home planet for unknown reasons. You then find yourself in orbit of a planet that you will call home until you decide to move onto your next destination.

Much like other sandbox games exploration is a core element of Starbound with large procedurally generated worlds to explore. Unique to Starbound though is that the game world is on an infinite loop (intended to represent a player going around the world). Each of these planets is distinctly unique from each other and are scattered with friendly creatures that mind their own business, menacing creatures that want to eat you and even inhabitants who want to sacrifice you. 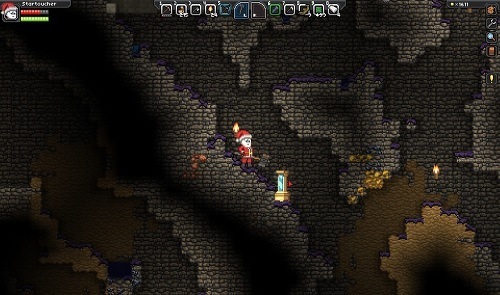 Survival in Starbound is no walk in the park, because (1) you don’t regenerate life over time; you have to build yourself a bed to sleep and (2) you have to eat to survive. You can choose to be a carnivore who hunts creatures for their meat, a herbivore who farms wheat and plants for food or both.

The wonderful thing about this game that sets it apart from Terraria and other sandbox games is that when you’re bored of your first planet, you can hop back onto your spaceship, load it with coal and blast off back into space. This allows you to start anew on a fresh planet, giving you a truly infinite universe to explore.

Games Finder is a Steam Curator and featured in the aggregate review scores data of MobyGames and Neoseeker.
FEATURED ON
Games Like Minecraft, Games Like No Man's Sky, Games Like Terraria
LEAVE A REPLY Cancel Reply