Why play a traditional farming game when Sunken Secrets takes the formula and adds a magical touch to gameplay. Featuring the same old farming and harvesting of similar casual management titles but with added magical collections, decorations and villagers to train the game is much more than you might expect. 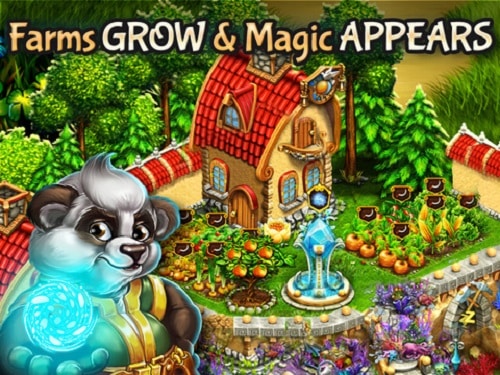 The game opens with a curse landing on an island in the middle of the ocean by an evil witch. This dark curse turns all the village inhabitants into see creatures and it is in your power to help them change back. Accordingly your objective is to slowly restore the village one building and person at a time which in turn unlocks additional mechanics to play with.

This progression cycle occurs in a fairly typical manner with players growing a variety of crops to turn into some tasty treats for money and experience which will increase your level and give you access to more magic. Magic is then traded in to de-curse a portion of land and gain access to what lies beneath the cursed plants. Crafting items and placing the large collection of decorations are also effective ways to generate the important magic resource.

The sheer number of mechanics and achievements is why you’ll find Sunken Secrets so impressive, you’ll always feel like there is an objective to overcome and by doing so you’ll be handsomely rewarded. The game also has a good balance of interactive elements such as placing your manufactured blocks on buildings to restore them. 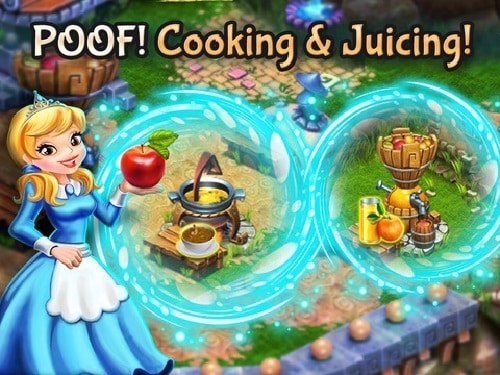 These building blocks are one of the most central mechanics and also tie in closely to the villager training aspect of the game where rescued villagers can be put to work on resource generation.

For a farming management title with a twist of magic Sunken Secrets delivers a very enjoyable adventure.