The Saboteur mixes up the standard setting that most open world action adventures flock to by using a World War II theme instead. It’s a setting that the genre hasn’t touched before and for the most part it pulls off an impressive and unique experience. The game is available on Windows, Xbox 360 and PlayStation 3. 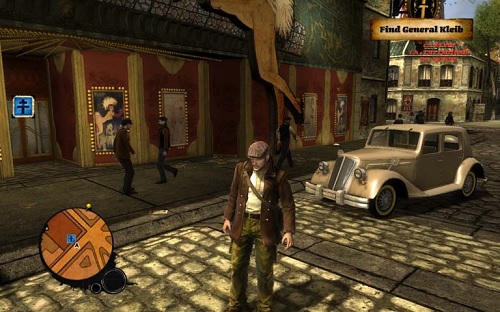 The game focuses on Paris during its Nazi occupation with players taking on the role of Searn Devlin as he attempts to sabotage the Nazi’s from within (as part of the French Resistance) while also hunting down the officer that has taken away everything he ever loved.

The game uses a unique colourisation system with areas that are controlled by the Nazis being displayed as predominately black and white. Once players free the particular area from Nazi control they are considered to be once again inspired to fight and thus restoring that area to its full range of colours. Once an area has been restored to colour their will be a significantly reduced Nazi presence compared to its black and white counterpart.

The Saboteur has plenty of activities and missions for players to involve themselves in but the majority involve the use of explosives on Nazi instalments, taking out Nazi strongholds by force or racing in a number of vehicles. During either free roaming or missions players also have the ability to assume a Nazi disguise which does add a stealth element into the gameplay should players choose to use it. 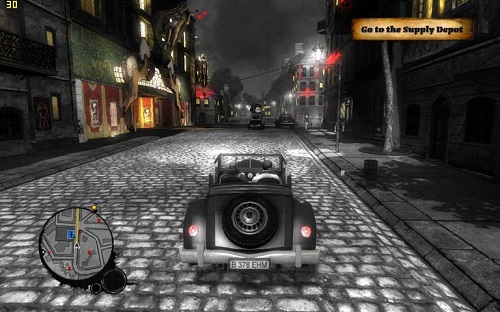 The game also packs some RPG style features by allowing players to upgrade their characters to increase damage, accuracy, ammo capacity and more.

The Saboteur is a nice change from all the modern day action adventures on the market and its unique black and white visuals adds a tonne of atmosphere to the game.