The World of Magic is a simple action packed mobile MMO that is packed full of locations, quests and large scale battles. With a registration list spanning well over one million it’s one of the great simple mobile MMOs around. 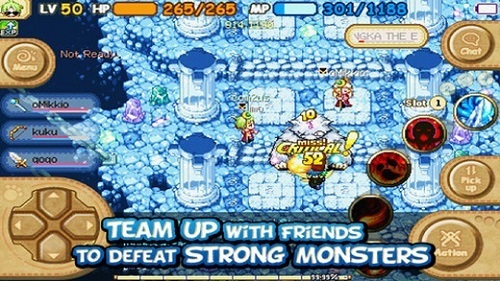 In an era where countless mobile games get released everyday few have been able to last long in the multiplayer realm, especially the MMORPG genre. The World of Magic keeps things simple offering three typical classes to start your journey with. You’ve got the powerful spellcaster, the nimble archer and durable melee fighter.

While you only have three choices here the depth and customisation comes from the skill trees which have multiple paths and build opportunities. Basic visual customisation is also available but most of this comes from later in the game through different item sets. With 10 item slots available items offer plenty of visual and stat variety to enjoy.

Gameplay is similar to other simple action RPG that call mobile devices home with players moving their character with a simple on screen touch paid that allows 4 way movement. This is paired with a basic attack button and quick buttons that can be used for potions or various skills.

Combat is simple enough with players able to lock onto monsters and engage in combat which feels very natural and smooth. Monster diversity is extremely high with all sorts of monster types from the basic monsters to mini-bosses and ultimate bosses. Each come with their own loot tables along with attack types of level of aggression. 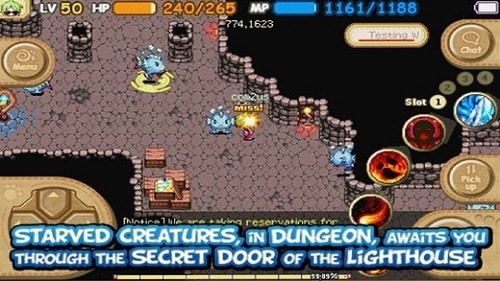 To top of the experience that The World of Magic offers you’ll find a fair freemium model where players can purchase convenience consumables and a handful of other non game breaking developments.

For mobile MMO experiences The World of Magic will keep you entertained for hours with simple but fun gameplay and a whole community to socialise with.

Games Finder is a Steam Curator and featured in the aggregate review scores data of MobyGames and Neoseeker.
FEATURED ON
Games Like Battle Camp, Games Like MapleStory, Games Like Zenonia
1 COMMENTS
LEAVE A REPLY Cancel Reply

The World of Magic