Zombies, Run! combines your exercise routine with a zombie themed game that encourages you to keep fit by delivering a gripping story as you run. Additionally players can help their town survive the zombie apocalypse by collecting various items while out in the wild. 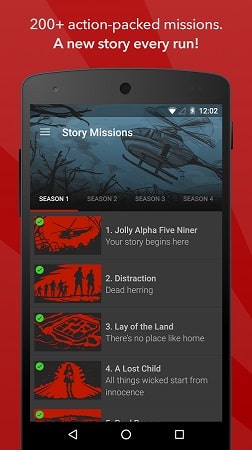 Funded through a Kickstarter campaign Zombies, Run is available for iOS and Android platforms, launching in late 2012. Set deep within the zombie apocalypse players will take on the role of a runner as they accept missions to do errands out in the zombie infected environment to help their town survive.

Originally a paid title Zombies, Run has now combined a hybrid model, offering a reasonable amount of free content although additional story seasons will set you back several dollars. Seasons have been added periodically over the years and offer several dozen missions each.

This story is told through a series of missions and primarily through audio which allows players to listen while out walking or running in between their normal music playlist. One key feature is random zombie attacks where players will be alerted to start running faster to protect their items, although these are optional and can be disabled without ruining the experience. 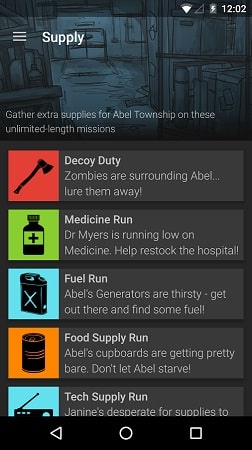 On top of this story driven element players will randomly collect supplies as they clock up steps which are then taken back to the safe camp of Abel Township. As these resources are successful brought back the township will grow, unlocking more missions, providing small bonuses and ultimately changing appearance to a more fortified location that can house a higher population.

Zombies, Run! makes great use of the growing smartphone use in exercising by not only allowing players to track their exercise statistics but also gamify the entire experience with a well crafted story.