Zuko Monsters is a free to play iOS game that follows the Pokemon formula closely. It was released in early 2013 and has proven successful thanks to its well developed gameplay with a few little surprises that push it ahead of similar Pokemon clones on the iOS platform. 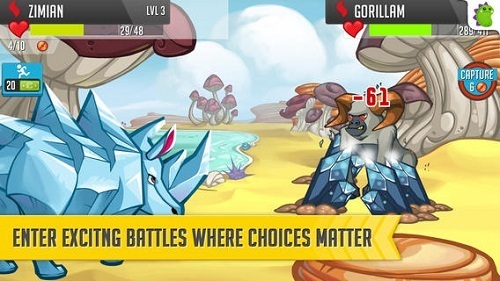 Zuko Monsters boasts over 30 different monsters for you to capture, train and ultimately evolve. Allowing you to put together a team of your favourites and then take to the Battle Arena to challenge others.

The number of monsters to choose from might be smaller than other options but this helps ease the learning curve in the multiplayer environment and means each monster feels unique as opposed to games with several hundred bland and boring designs.

Monsters in the game can belong to one of five types which provides enough battle depth and choice without being overwhelming or confusing. Monsters can be Sprite (wild), Mineral (tough), Neos (fiery), Liquid (adaptable) or Ether (quick). Capturing monsters requires you to use up charges of your gauntlet which slowly recharge over time which can often slow down your progress.

Combat adds in a number of well timed button presses to add an interactive element to the usual dull combat of monster capturing games which is a nice touch and helps you move forward through the game without getting bored too quickly. 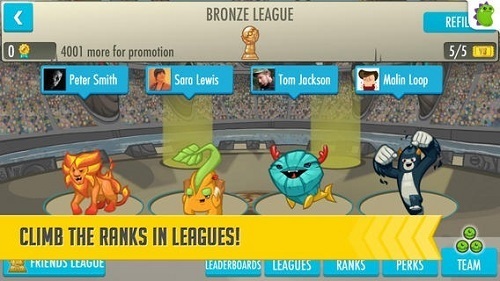 The multiplayer and battle systems aren’t the only aspects of the game worth playing for though. This high level of detail and attention is carried over to the game world that players will explore to find these monsters in the first place. Each of the locations you’ll visit are well presented visually and have a distinct feel to their design.

Moving around is fairly straight forward though and is done by a number of hotspot locations that players jump between which unfortunately has the last minute extra feeling to it. Overall Zuko Monsters has plenty of content to keep you busy for a good length of time and if you focus on the multiplayer side of things you’ll love what you find.