Dishonored is an action adventure game set deep in a fantasy dystopian society that is currently experiencing a plague outbreak. With a wealth of missions that require you to uncover information or assassinate targets you’ll be free to achieve these objectives in your own unique balance of stealth and aggression that utilise your selected powers. 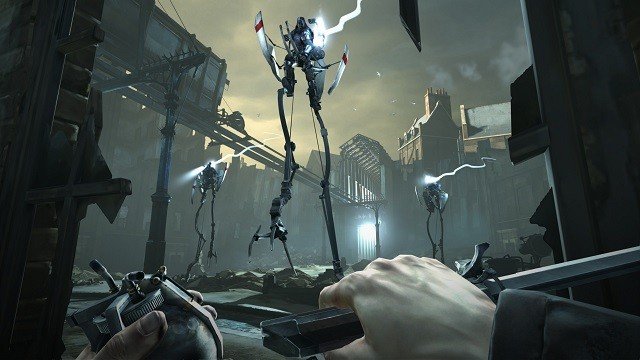 Dishonored takes place in a fictional setting that is similar to London in the early 1900s and blends the industrial age with magical elements. Much of the game is set in the industrialised city known as Dunwall which is currently is in the hands of an oppressive government who controls the town by killing citizens at will and through the use of heavily armoured soldiers that use large mechanical legs to get around. A plague also forms part of the story in Dishonored which turns the infected to violent humans who cry blood from their eyes.

Players assume the role of the protagonist in a first person perspective through a series of missions which require the player to use everything at their disposal in order to achieve a successful assassination. Every mission lets players approach the game differently by either using stealth, direct combat or a mixture of both which is supported by your selected abilities. 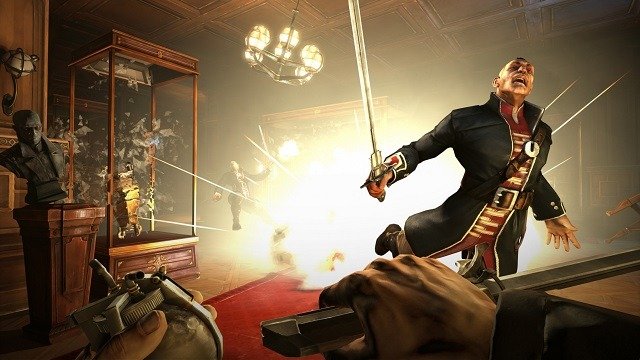 These Dishonored abilities come in both active and passive forms and can be upgraded throughout the game to enhance your selected playstyle. Staple options that you’ll rely on heavily include the blink supernatural ability that lets players teleport around the world and the possession ability which gives you control over creatures and humans. In addition to these you’ll be able to summon swarms of rats, bend time, boost your health or turn your kills into ash. Bone charms provide additional variation by changing the mechanics of your abilities with additional duration, improving your movement speed, give your enemies a small chance to miss attacks and dozens of other options provided you can find them during your missions.

A unique element on top of these abilities in Dishonored is that each mission has two opposite versions that provide an alternative experience depending on how you have completed previous missions. If players assume an aggressive and lethal role in past missions they will increase their chaos rating which will mean future missions have more guards, some characters will refuse to help you and players will experience a different story ending. 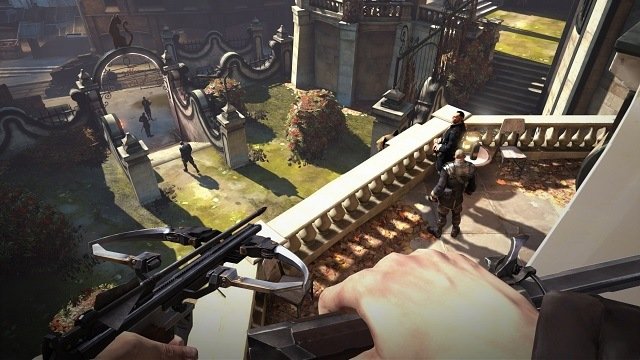 In between your missions players can return to their main hub which is the Hound Pits pub where players can upgrade their weapons, stock up on ammo or healing potions and upgrade aforementioned skills. All of these cost gold or other currencies like runes which is earned through finding items in the game world which when collected are turned into gold instantly so you won’t have to do any inventory management in Dishonored.

Dishonored walks an interesting line between action and stealth based game with plenty of decisions left in the hands of the player to push the adventure in the way they see fit while customising the power of their protagonist. Combined with the difference between high and low chaos Dishonored definitely warrants a second or third playthrough as you try different mission approaches.