The Gangstar series continues it’s mobile domination of the open world genre with New Orleans, a game that continues to build on the Gangstar games of the past to bring open world gameplay to the mobile market. With some solid experience in the market this iteration of the Gangstar franchise opts to focus on refining the mechanics utilised so far by the series and at the same time scale down some game elements which does open the door for devices on the edge of hardware capability. 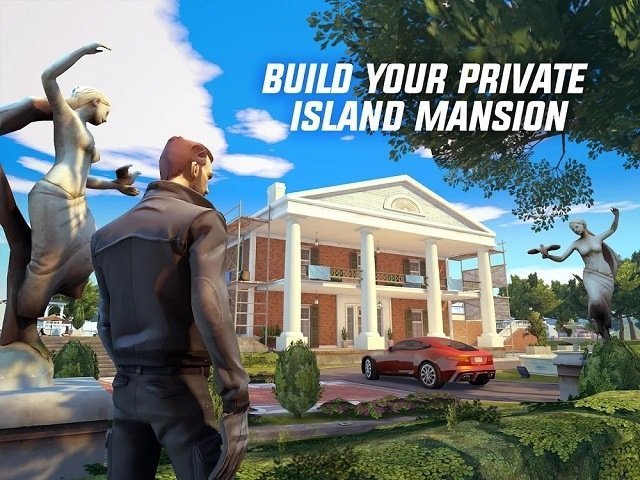 For those that aren’t familiar with the Gangstar formula the series offers open world crime simulation akin to the GTA franchise albeit with mobile device design in mind. In this Gangstar game you’ll be building up your very own crew of criminals to fill the shoes of the current vacuum of power in the city which means opportunities are around every corner provided you have the skills and manpower to take them.

Along the way you’ll make shady deals, drive a range of cars and shoot your way to the top when the time calls for it which all allow you to unlock extra content through the funds you’ll acquire for your actions. While free roaming is an option in Gangstar your main progression in the story is through missions that hide behind an energy system but does allow players to teleport around the city with single clicks to keep you making progress even on shorter sessions which tend to be the case on mobile device gamers. 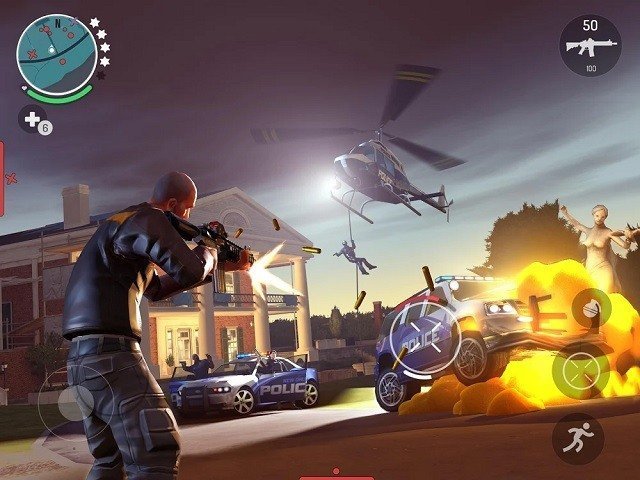 This ease of jumping between story missions does somewhat take away the exploration element but thanks to the limiting energy factor you’ll still be exploring the city for other tasks during energy wait times. The most common past time being gunplay in one form or another with has significantly improved over previous games and always feels responsive and manageable on your mobile device. The cover system also returns alongside driving which have received minor quality of life improvements and also feels appropriately responsive.

Long term fans might not appreciate all the changes though as New Orleans is a much smaller affair when compared directly to the previous Gangstar games, compounded by the fact that you can jump around the city for quests on a whim without the need to search the streets the story can feel disconnected and lack that real world feel that non-mobile iterations of the open world crime genre can offer. 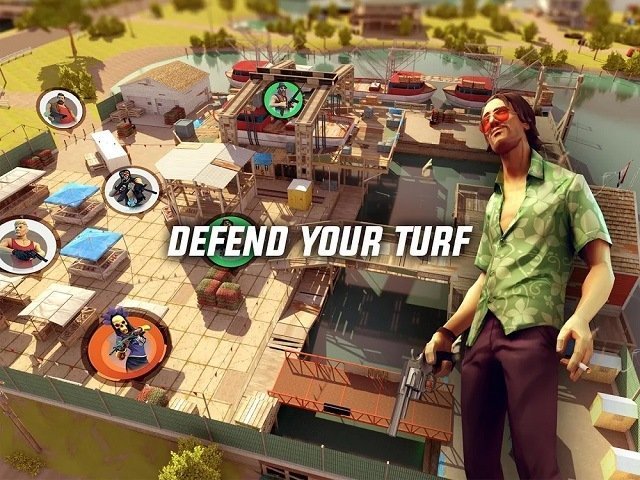 General mission objectives also feel less varied, mostly due to the turf based gameplay which constantly requires you to move around to similar or the same locations for defensive and offensive actions against other rivals. While fitting from a game story perspective you’ll find you’ve seen it all before after the first 3 or 4 such missions. Another shift that may not go down well is the drop in graphics quality to make the game more accessible to older mobile devices (a great trade off for those owners though).

Gangstar New Orleans by no means should be avoided, it’s still miles ahead of comparable titles on the respective App stores, but it is a far distance from the best in the series though making this one a last resort for Gangstar fans.

This review was first published on July 24, 2014. Read our update policy to learn more.

Games Finder is a Steam Curator and featured in the aggregate review scores data of MobyGames and Neoseeker.
FEATURED ON
Games Like Grand Theft Auto, Games Like Mafia, Games Like Saints Row
LEAVE A REPLY Cancel Reply