Few sporting experiences have been translated over to video games and even less have done so in a successful party manner. Stikbold! A Dodgeball Adventure dodges that trend though by bringing the sport (and popular high school past time) of dodgeball to the party game scene. It’s a battle royale brawler crossed with dodgeball where only the most dexterous, skilled and sometimes lucky player will stand alone as the winner. 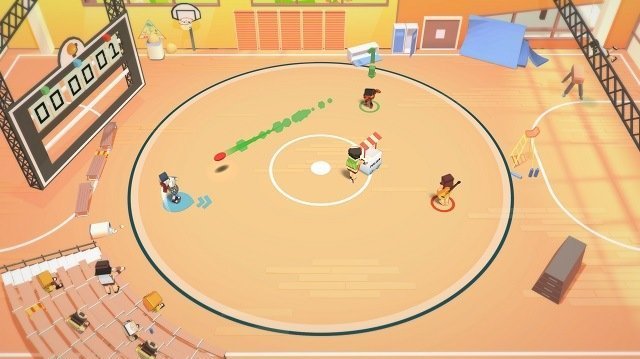 With both single player, local multiplayer and co-operative options Stikbold! A Dodgeball Adventure falls short of online play but this does not diminish the experience as the best times within the game will be slamming a ball into your friends face as you make an amazing come back and be there in person to witness their reaction first hand.

Set in an era long past Stikbold! feels right out of the 70’s with its character designs, setting and best of all the disco soundtrack. In the co-operative (or solo) portion of the game players will be taking control of Bjorn and Jerome who team up for a strange adventure. While a unique story experience the gameplay evolves little throughout relying on yourself and your potential co-op partner to create some of the excitement. With the sheer excessive gameplay and hilarious ragdoll physics though this is hardly a hindrance. 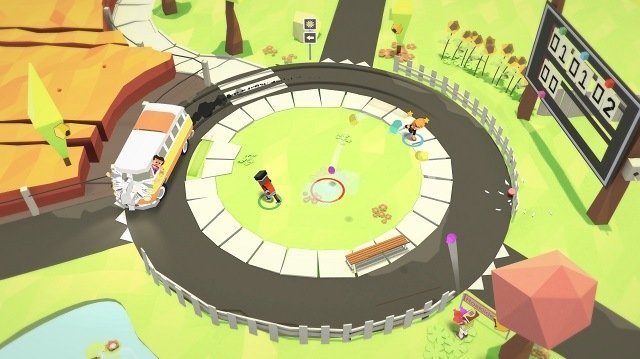 While co-op is a great journey for 2 friends larger numbers will find the arena free for all battles more suited to generating a rush of fun. Mechanically matches take place on one of several game arenas with a single dodgeball being thrown around and bouncing off the edge of the arena. These unique areas for dodgeball action include your traditional gym, a suburb round about and several others. Each of which comes with their own interactive items both within and outside the arena to keep gameplay fresh, varied and add that element of luck that all good party games need.

All up you’ve got a total of 6 different levels which can be further customised by rule modifications to design an experience that you and friends enjoy the most. Alternatively you can take a break from the core dodgeball game and try one of the 4 mini games to mix up the gameplay.

Knocking out an opponent in the core default experience is a two part process with players first having to be dazed with a single shot and finished off with the ball again while still dazed. Once a players knocked out though their contribution isn’t finished with the ability to activate a number of game changing items outside the arena to help an underdog. 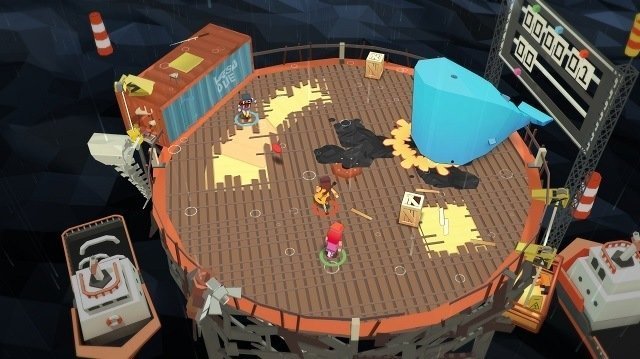 While the mechanics of dodgeball might give you the sense that there isn’t much depth Stikbold! A Dodgeball Adventure delivers a surprising amount. This includes in depth throwing mechanics which are of course fundamental and include the likes of power and curve throws to master for instant knockouts or hitting an opponent behind an obstacle. Similarly the mechanics built around catching are robust and advanced enough to let skill overcome luck in most situations requiring careful timing and prediction to complete a successful catch.

With it’s design focused on quick gameplay, ensuring even knocked out players have a role and progressive mechanics Stikbold! A Dodgeball Adventure never leaves anyone completely waiting for the next round and ensures match dynamics evolve from game to game.